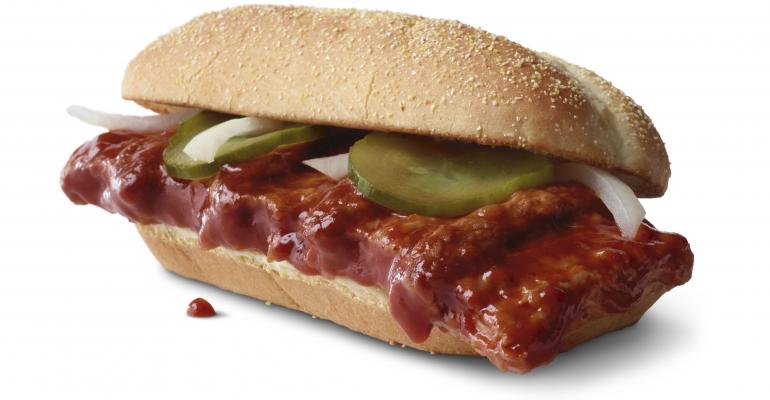 The Chicago-based burger brand said the McRib, which has grown into a social-media darling for its boneless pork patty with barbecue sauce, slivered onions and dill pickles on a homestyle bun, would be offered again for a limited time. Prices may vary by location.

The McRib was created 40 years ago, debuting as a regional item in 1981 in Kansas City, Kan.

Mike Bullington, McDonald’s senior archives manager, said in a statement that “in the 80s, the masterminds behind McDonald’s food innovation had a truly unique idea: an undeniably delicious sandwich that could be enjoyed during the colder seasons.”

Since email and social media debuted, the McRib has elicited thousands of notes and Tweets, Bullington added, as well as trackers.

Online fans created tools such as the McRib Locator map, which tracks sightings of the sandwich.