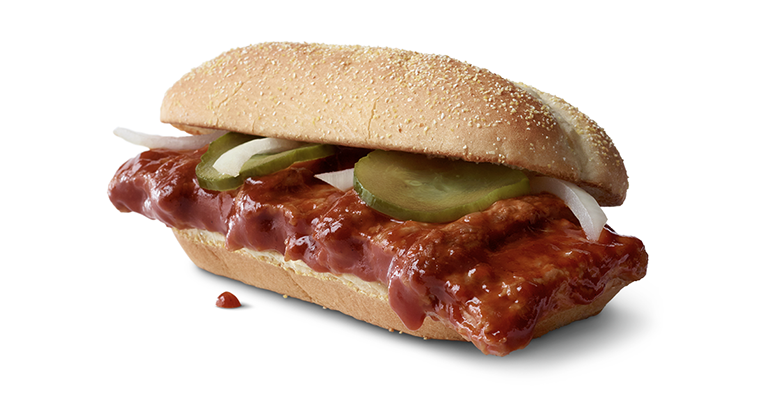 McDonald’s McRib to go national in December as foot traffic is down nearly 30%, data shows

Visits at McDonald’s are improving since the peak of the pandemic but still remain well below positive levels from January and February, according to data firm Placer.ai

With traffic down but improving at McDonald’s, the brand is pulling out all the stops in recent weeks to drive visits through marketing promotions with celebrities like J Balvin. Starting in December, the chain is turning to one of its most iconic menu items to generate more buzz: the McRib.

The famed barbecue-sauce-slathered boneless-pork sandwich randomly pops up this time of year in certain U.S. markets. But for the first time in eight years, McDonald’s plans to debut the McRib nationally at nearly 14,000 restaurants. This is also the first year, the McRib will be available for delivery nationwide via Uber Eats and DoorDash. Last year, the McRib was available at more than 10,000 participating U.S. restaurants.

“The McRib has been a beloved menu item at McDonald’s since its inception nearly 40 years ago,” Linda VanGosen, vice president of menu innovation, said in a statement released Friday.

“There’s nothing quite like the taste of the McRib,” she added. “To our customers, it’s become more than a delicious, saucy moment… it’s a season, and it’s taking the internet by storm.”

The beloved sandwich, seasoned boneless pork served on a hoagie-style bun and topped with dill pickles and slivered white onions, typically shows up on menus in random U.S. markets in the winter. This year, it will debut nationally on Dec. 2. The company did not provide a price.

The specialty item has such a huge following that fans years ago began tracking sightings of the sandwich on the McRib Locator website.

McDonald’s, which has introduced new bakery items to its menu, did not respond when asked why it decided to launch McRib nationwide this year.

Traffic data from Placer.ai suggests that McDonald’s could use the boost from a popular menu item like the McRib.

"Visits are down and pulling out all the stops before we potential go into sheltering again is important," said restaurant consultant Tim Powell of Foodservice IP in Chicago. "When that happens, and a stimulus is not given to patrons, the outlook for restaurants will be abysmal. I wouldn't be surprised if they pull out the Shamrock Shake too."

In October, McDonald’s Corp. reported a 4.6% increase in U.S. same-stores sales in its latest quarter. The preliminary third-quarter results were primarily driven by average check growth from larger group orders, as well as stronger sales at dinner. The company plans to release its full earnings in early November.