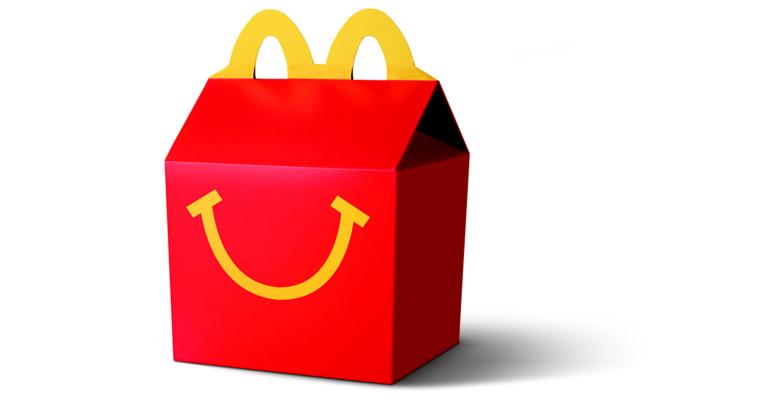 After putting its Happy Meal on a diet earlier this year, McDonald’s is rolling out more healthy changes to its beloved kids’ meal.

The Chicago-based chain said Thursday morning it has removed artificial preservatives from the meal’s low-fat strawberry Yoplait Go-Gurt and added a 16.9-fluid ounce bottle of Dasani water as a beverage option. However, McDonald's charges extra for the water, depending on the region. Stores in Orange, Calif., and Denver for example, are charging 39 to 49 cents to add Dasani to Happy Meal orders made through the Uber Eats app.

The tweaks come after McDonald’s outlined in February a nutritional overhaul of the Happy Meal that included making cheeseburgers a request-only item, reducing the size of the French fries, cutting sodium in the chicken McNuggets and reformulating the chocolate milk’s sugar content.

The company also removed artificial preservatives from the chicken McNuggets.

McDonald’s has also pledged that every meal combination offered on its Happy Meal menu boards in the U.S. will have 600 calories or fewer.

In 2013, McDonald's began working with the Alliance for Healthier Generation to develop a comprehensive plan to provide the chain’s customers more access to fruits, vegetables, low-fat dairy and water, especially in the Happy Meal. 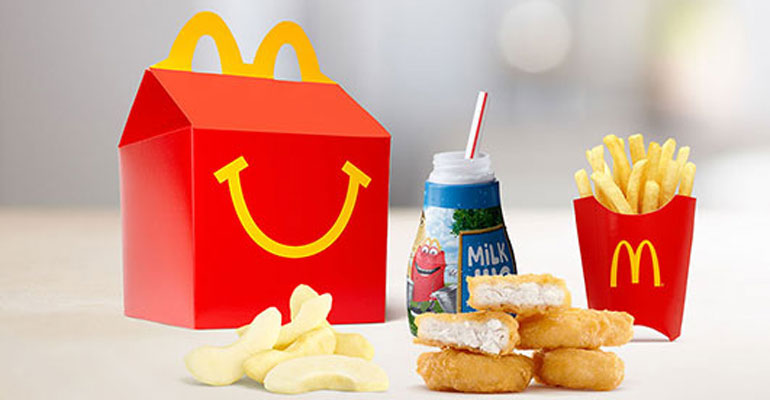 Anne Ferree, chief strategy and partnership officer at the not-for-profit group, said the latest Happy Meal changes “are another step forward towards” meeting those goals.

McDonald’s had been making significant changes to the Happy Meal since 2012, before the partnership, as well.

At that time, the company began including apple slices in every kids’ meal.  In 2014, the chain added as another side option the squeezable yogurt, which at 45 calories, has 25 percent less sugar than comparable yogurt options geared for kids.

Over the past few years, the fast-food giant has been on a journey to improve the quality of food throughout its menu by using fresh, not frozen, beef on the Quarter Pounder, and removing artificial ingredients from seven classic burgers.

McDonald’s spokeswoman Andrea Abate said McDonald’s did not eliminate any options on the Happy Meal as part of these meal updates. She said the suggested retail price varies in each market. However, “while the Happy Meal is no longer part of the nationally advertised $1 $2 $3 Dollar Menu, it is still available for $3 at some U.S. restaurants.”

McDonald’s operates about 14,000 restaurants in the U.S.

This story has been edited to correct the charge for the water option.
TAGS: Menu Operations Marketing
1 comment
Hide comments
Related
Sponsored