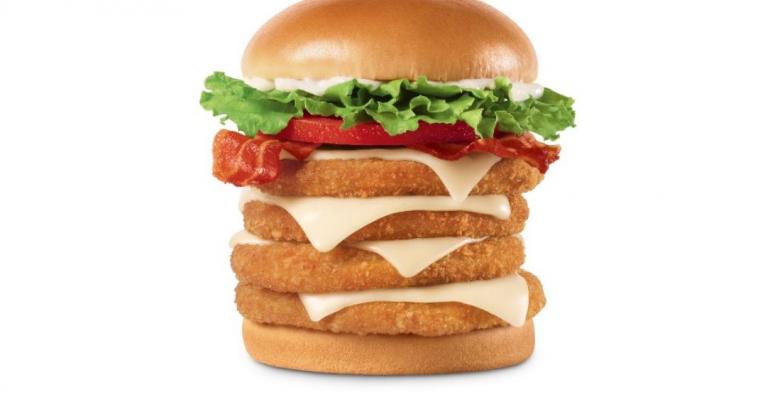 McDonald’s and Jack in the Box have joined the Great Chicken Sandwich War with the introduction of limited-time chicken meals that include a massive “quad” patty chicken sandwich.

San Diego-based Jack in the Box debuted its first-ever quad chicken sandwich this week. The Really Big Chicken Sandwich combo, with four stacked breaded chicken patties, comes with fries and a drink for $5.99. Triple and double combo versions go for $4.99 and $3.99, respectively.

“The excitement that spicy flavors bring is something we know our customers have always loved,” Todd Manisco, manager of menu innovation at McDonald’s, said in a statement. “And we’re thrilled to now be offering up that excitement nationwide with a tasty kick to our chicken menu."

The new sandwich comes amid complaints by a group of McDonald's operators that the brand has failed to offer fans a proper premium chicken sandwich that can compete with Chick-fil-A. Last week, the chairman of the National Owners Association hinted that a new chicken sandwich is coming.

It's unclear if the latest chicken sandwich LTO — a buttermilk crispy fillet topped with slivered onions, pickles and a spicy BBQ glaze — is the item NOA chairman Blake Casper is referring to.  Casper could not be reached for comment. 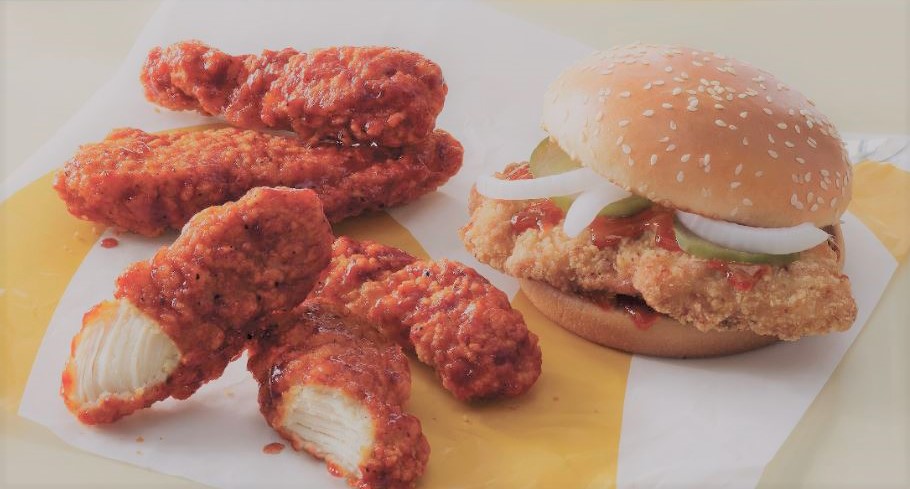 The Chicago-based chain and Jack in the Box join the fray of quick-service and fast-casual restaurants taking advantage of the media frenzy that led to the sellout last month of a new chicken sandwich by Popeyes Louisiana Kitchen. At first, the Aug. 12 marketing launch of the permanent menu item was lackluster, until the internet took control.

The gloves were off, and an epic social media spat over who makes the best chicken sandwich ensued. Chains from Wendy’s to emerging brands such as The Crack Shack have since weighed in.

“Worried about chicken sandwiches selling out? Don't. The Crack Shack has plenty of options,” the company said.

Popeyes, in a statement, said demand in the first few weeks for its new chicken sandwich “far exceeded our very optimistic expectations.”

“It has been amazing to see our guests share their love for our brand and for the new Chicken Sandwich on social media and beyond, and we are truly humbled and grateful for their support,” the company said this week. “Popeyes aggressively forecasted demand through the end of September and has already sold through that inventory. We, along with our suppliers, are working tirelessly to bring the new sandwich back to guests as soon as possible.”