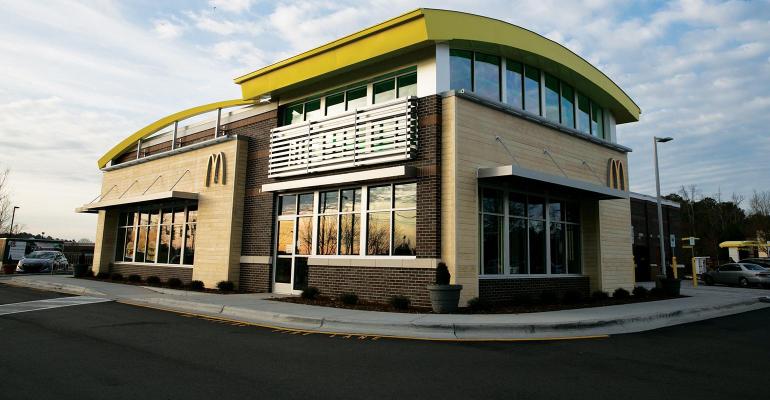 McDonald's on Wednesday announced plans to invest $250 million over five years to provide financing alternatives designed to build a more diverse base of operators.
News>Quick Service

Acknowledging that upfront costs are a socio-economic barrier to entry for some McDonald’s franchisees, the quick-service chain on Wednesday announced plans to invest $250 million over five years to provide financing alternatives designed to build a more diverse base of operators.

The move is part of an ongoing journey for McDonald’s, which has faced increasing pressure to address social and economic inequalities within its nearly 40,000-restaurant global system, which is 93% franchised.

The focus on franchisees aims to build a base of operators that better reflects the communities the restaurant chain serves.

To do that — and to attract more qualified franchisees overall — the company said it will work to put McDonald’s ownership more financially in reach for underrepresented groups, according to a message from Chris Kempczinski, McDonald’s president and CEO, viewed by Nation’s Restaurant News.

“During a period of record performance, we must challenge ourselves — even more — to invest in the future,“ said Kempczinski, in a statement. “Today’s announcement to attract franchisees who represent the diverse communities we serve is fundamental to that goal and builds on McDonald’s rich history and pride in reflecting those we serve. With this action, we are taking another step forward in fostering an environment where equitable opportunity is part of the lived experience for all our communities.”

The program, which will be tailored to specific markets, will seek to reduce upfront equity requirements for eligible franchise candidates, the company said. McDonald’s will also leverage its network of banking partners to increase access to financing solutions.

“Access to capital continues to be a challenge in closing the wealth gap in the U.S. — particularly for minority entrepreneurs,” said Nicole Elam, president and CEO of the National Bankers Association, in a statement.  “Efforts that eliminate barriers to entry for aspiring entrepreneurs are critical in helping to bridge that gap — providing a foundation for a lifetime of opportunity and generational wealth creation.”

In addition, McDonald’s said it will expand its franchisee recruitment and training efforts for all backgrounds, including for historically underrepresented groups. New franchisees will be supported and mentored by more experienced operators, for example, and the chain will borrow learnings from international franchise development programs, which have built relationships with local business schools to create a curriculum for new franchisees.

In 2020, McDonald’s operators from underrepresented groups (those who identify as Black, Asian or Hispanic) accounted for 29.6% of all U.S. franchisees, and 28.9% of domestic operators are women, which McDonald’s said is “well above” national averages.

According to U.S. Census Bureau data, which refers to 2019, about 18.7% of employer businesses were minority owned, and 20.9% were owned by women.

In recent years, McDonald’s has battled charges of discrimination by some Black operators who accused the chain of purposefully placing them in underperforming restaurants.

Kempczinski also earlier this year walked back some comments that were deemed racist and insensitive following the shooting death of two children in Chicago.