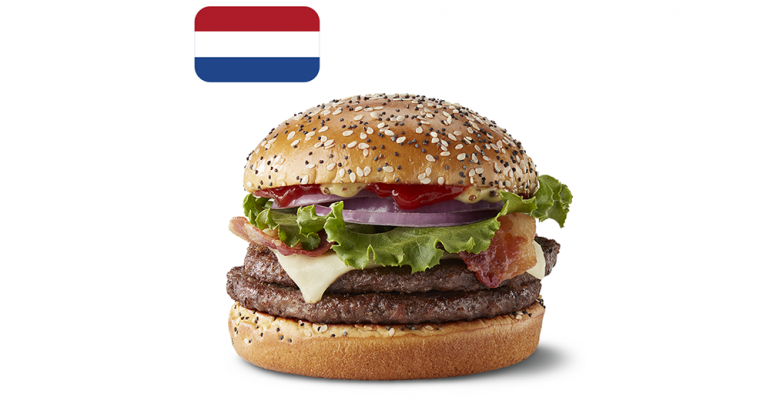 McDonald’s released the third rotation of global foods at a downtown Chicago restaurant, the only U.S. location dedicated to serving foods normally found in McDonald’s around the world.

The restaurant, on the ground level of the chain’s new headquarters, now features foods from the United Kingdom, the Netherlands, Canada and Latin America. The summer menu featured foods from Germany, France, Hong Kong, Australia, Canada and Italy.

“Our customers continue to show increasing enthusiasm for our global menu offerings, and we’re excited to share these new flavors from around the world at our headquarters restaurant,” owner-operator Nick Karavites said in a statement.

In other McDonald’s food news, the chain formally announced the changes it recently made to its famed Apple Pie. Nation’s Restaurant News reported the dessert changes in July.

The famed pie, on the menu since 1968, is now made with sliced apples instead of diced apples and sports a more elegant looking lattice crust top. It is sprinkled with sugar instead of a mix of sugar and cinnamon. Cinnamon was also added to the filling.

Take a look at the new menu items.