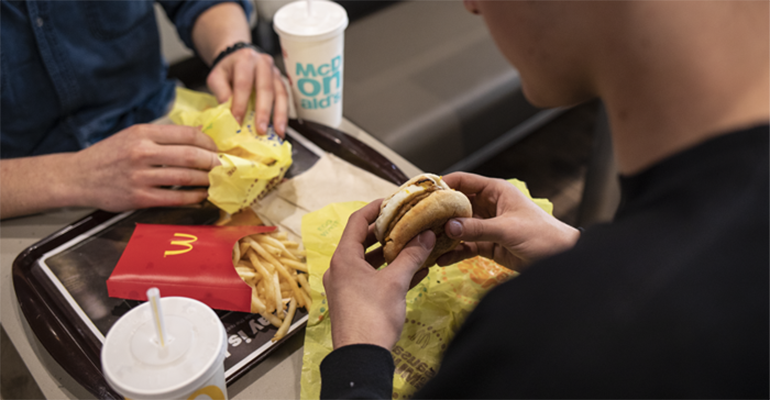 McMuffins at dinner could be over at some locations

McDonald’s customers craving an Egg McMuffin for dinner might soon be disappointed as the chain’s all-day breakfast experiment is about to make a major pivot.

Nearly three years after offering the entire breakfast menu all day at restaurants across the U.S., McDonald’s is retrenching by giving franchisees the option to choose which breakfast foods to serve all day.

McDonald’s Corp., which recently trimmed its late-night menu, said the flexibility will improve speed of service and reduce the complexity of its menu for employees.

“Giving local restaurants the ability to select the items they serve for their all-day breakfast menus means an even better, faster experience for customers, day and night,” the company said in a statement released Wednesday.

Menu changes at some local restaurants could begin as early as July.

Local operators will make the decision based on the popularity of breakfast foods sold at different times of the day. For example, if McGriddles are not a top seller at lunch and dinner, then an operator could choose to remove the pancake-style sandwich from the all-day breakfast menu. It would still be available during regular breakfast hours, which typically conclude at 10:30 a.m. local time.

McDonald’s also suggested that some operators could choose to sell the full breakfast menu until 2 p.m., then switch to only popular breakfast foods the rest of the day.

Ultimately, decisions will be made “based on what’s best” for local restaurants and their customers, McDonald’s said.

The pivot at breakfast comes as McDonald’s operators have been vocal about the growing complexity of the chain’s menu over the years.

McDonald’s appears to be listening.

In late April, the Chicago-based burger chain trimmed its late-night menu to include eight of the chain’s most popular meals or category of foods such as all-day breakfast. That same month, the brand said it would be phasing out its premium burger line, Signature Crafted Recipes, from its 14,000 U.S. restaurants.

“This refresh follows a series of tests to improve kitchen execution and the overall experience for customers by focusing on local customer favorites,” McDonald’s said. “It also follows recent moves to further reduce complexity for our restaurants and crew, including simplifying our late-night menu and elevating our core and traditional menu items like the Quarter Pounder.”

Tim Powell, a senior restaurant analyst at Q1 Consulting in Chicago, said giving franchisees the option to shrink the all-day menu is a great idea.

“It not only saves on food costs and waste, but it allows more control of each restaurant to fit the needs based on what the competition offers,” he said, citing convenience stores. “This is a common technique in C-stores where perhaps half of a chain offers grab-and-go and the others only offer muffins and coffee.”

While all-day breakfast has not been scrapped completely, the shift to local control ends one of biggest – and most divisive – changes the company has ever made to its national McDonald’s menu.

He made all-day breakfast a priority for the brand. It was a controversial move as many operators had long resisted caving to consumer demands to have McMuffins available at dinner.

However, last fall, Easterbrook said McDonald’s was losing market share at breakfast. That forced the chain to step up limited-time breakfast offerings like McCafé Donut Sticks, as well as offer more breakfast deals on its $1 $2 $3 Dollar Menu.