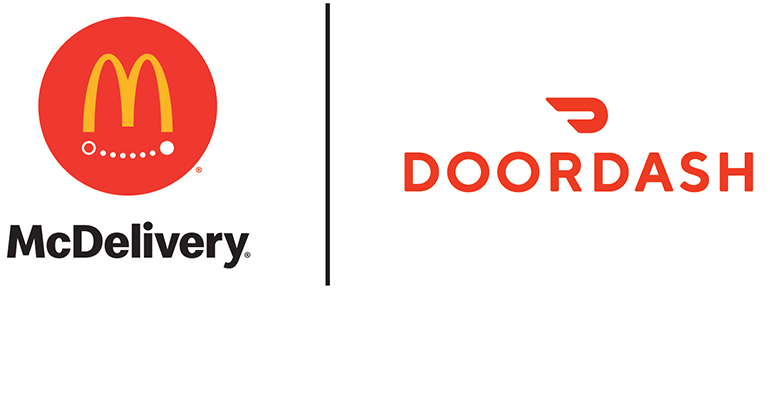 ‘Our intent is to clearly expand with DoorDash,’ brand leader says

McDonald’s Corp.’s exclusive partnership with Uber Eats is over as the chain announced plans Tuesday to add a second third-party delivery operator, DoorDash, to its McDelivery program.

The Chicago-based chain, which launched nationwide delivery with Uber Eats in 2017, said it will begin testing DoorDash delivery at 200 Houston-area restaurants in late July. Uber Eats, which serves about 9,100 McDonald’s restaurants, will remain a partner in the Texas region and across the U.S.

McDonald’s said the move to add an additional third-party delivery provider was made to expand the chain’s reach. DoorDash provides delivery in all 50 states.

“Our intent is to clearly expand with DoorDash beyond Houston for sure,” Bill Garrett, senior vice president of operations, told Nation’s Restaurant News in a phone interview.

In May, DoorDash logged a 189% year-over-year jump in sales, compared to 32% at Uber Eats and 6% at Grubhub, according to Second Measure, a firm that analyzes U.S. consumer spending. DoorDash says it reaches 80% of Americans nationwide.

Garrett said adding DoorDash is not a reflection on Uber Eats’ performance in Houston or in the U.S.

When McDonald’s was renegotiating its Uber Eats delivery contract earlier this year, reports surfaced that the chain was demanding lower commission fees and looking to get out of its exclusive partnership. Franchisees have also asked to add new delivery partners.

McDonald’s has since renewed its contract with Uber Eats, where delivery times hover well under 30 minutes, Garrett said. He declined to discuss terms of contracts with suppliers, only stating that the brand plans to keep working with Uber Eats.

“We are really happy with our partnership with the folks at Uber,” he said.

McDonald’s working with DoorDash comes as the race for dominance in the delivery space heats up among the top four players: DoorDash, Uber Eats, Grubhub and Postmates. Each is experiencing a rollercoaster year.

The initial public offering this spring of Uber Eats parent Uber was considered a flop by Wall Street.

DoorDash emerged in May as the market-share leader, edging out Grubhub for the first time. In recent weeks, New York City officials and restaurants have waged a battle with Chicago-based Grubhub, questioning the company’s pricing tactics.

“No other meal-delivery service comes close,” Second Measure said. “In May, sales for the industry as a whole rose 52% year-over-year, as more Americans realize how much they like eating restaurant meals at home.”

Like Uber Eats, DoorDash will be directly integrated with each restaurant’s point-of-sale system. Integration is the desired next step for brands because it increases speed and order accuracy. Taco Bell, Chipotle Mexican Grill and Del Taco have POS integration with their delivery partners.

McDonald’s will be a part of DashPass, a DoorDash subscription service where members get delivery fees waived on orders of $12 or more.

Once the DoorDash pilot phase is under way, Garrett said the company will “get some learning” done before rolling out to more cities. The brand wants to ensure that a second delivery partner won’t “add additional complexity to teams.”

“If it is smooth, we expect to move quickly,” Garrett said of the DoorDash expansion.