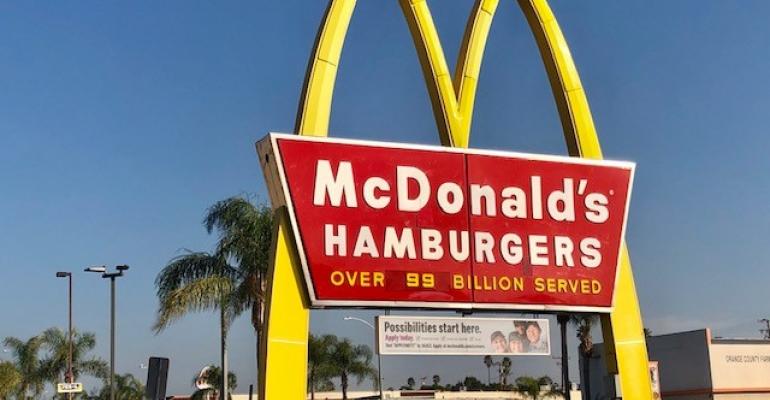 McDonald’s said the brunt of the COVID-19 impact is not behind them as the chain enters uncharted territory in the coming months with restaurants starting to reopen and consumer eating and ordering patterns forever changed.

“The world is going to look different coming out of this crisis. Many of those changes will be enduring,” CEO Chris Kempczinski told investors during the chain’s first quarter conference call.

Related: Drive-thru, expanded delivery is paying off for McDonald’s during COVID-19 pandemic

Here are the main highlights from the earnings call, which focused on changing consumer behavior, slow breakfast sales, worsening second-quarter comps and lessons learned from China as its restaurants reopen.

The Chicago-based chain said it is taking some cues from China, where the pace of recovery has been slow despite 99% of restaurants resuming operations.

In particular, breakfast is slow, and weekdays are recovering quicker than weekend visits.

“We're not seeing a V-shaped recovery in China. The business trends are improving, but they're still running negative to where we were a year ago,” Kempczinski said.

However, there’s an asterisk to China, which makes it difficult to compare to the U.S.

In the U.S., most of the chain’s nearly 14,000 restaurants have remained open for carryout, delivery and drive-thru services.

During the pandemic, McDonald’s has offered a limited menu in the U.S. to meet the needs of consumers while easing kitchen complexities for employees. Specifically, the chain has temporarily halted all-day breakfast.

Though restaurants are open during breakfast hours, the chain said breakfast sales are down relative to the other dayparts.

“I think it's fair to say breakfast is a critically important daypart for us,” Kempczinski said. “As we start to really get into the recovery phase, getting back that breakfast business is going to be critical for us.”

Pointing again to consumer behavior in China, the CEO said it will take time because it is dependent on the recovery of the guest.

“It's a disruption to routines. Reestablishing those routines does take time, but we plan to be very aggressive and make sure that we get back the breakfast business,” Kempczinski said.

Consumer eating patterns during the pandemic indicate that McDonald’s should be at an advantage compared to lesser known brands.

After prolonged disruption in daily lives, consumers are seeking comfort in China and McDonald’s believes that will be the case in America. Value will also play a huge factor for consumers, many of whom are out of work.

“From a customer perspective, we're encouraged by some of our early learnings that lead us to believe customers will be seeking known brands and familiar routines. We're also seeing a heightened focus on value and convenience,” Kempczinski said.

Will McDonald's stick to a limited menu?

As U.S. restaurants begin to reopen, Kempczinski said each market is debating whether to go back to the standard “pre-crisis” menu or stick to a limited menu.

“I think it's probably safe to say at this point that that is going to be a market by market decision,” he said. “Maybe we want to go back in more of a staged way and add some items but not all items.” 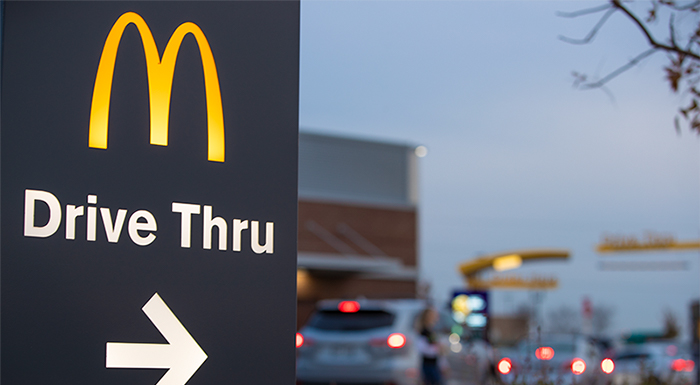 McDonald's said it's drive-thru business has increased during the pandemic.

McDonald’s leaders made a point to say that while delivery is significantly up during the COVID-19 crisis, it’s the chain’s drive-thru lanes that are driving sales during the pandemic.

Prior to COVID-19, drive-thru sales accounted for about two-thirds of all sales in the U.S. With restaurants forced to serve guests through off-premise channels, that has led to an uptick in drive-thru sales.

Drive-thru now accounts for nearly 90% of sales in the U.S.

“We're also seeing an uptick in delivery and digital transactions per restaurant, and all of these trends are similar to what we've seen in China and other markets,” Kevin Ozan, chief financial officer, said on the call.

Still, Kempczinski said it is a “challenging and unpredictable time.”

As such, the second quarter is expected to be worse than the first quarter because it won’t have the benefit from solid same-store sales and increased transactions in the first two months of the quarter.

“We expect the second quarter as a whole to be significantly worse than what we experienced for the full month of March,” Kempczinski said.

The company is planning for limited reopenings in markets in the near future, he added.

“The exact trajectory of our recovery, however, is highly uncertain and dependent on many factors outside our control such as government mandates, the risk of a second wave of infections, the availability of testing and the overall economic backdrop,” Kempczinski said.

The chain is “developing contingency plans for a wide variety of scenarios,” he added.

McDonald’s said investing in digital customer engagement remains a priority. Some of those investments are already paying off, including last year’s Dynamic Yield purchase.

The digital menu boards automate the upselling of menu items.

“These digital investments enable us to give customers more choice and flexibility in how they order, pay and receive their food during this unprecedented time, and will remain important in serving customers as we think about our business beyond this crisis,” Kempczinski said.