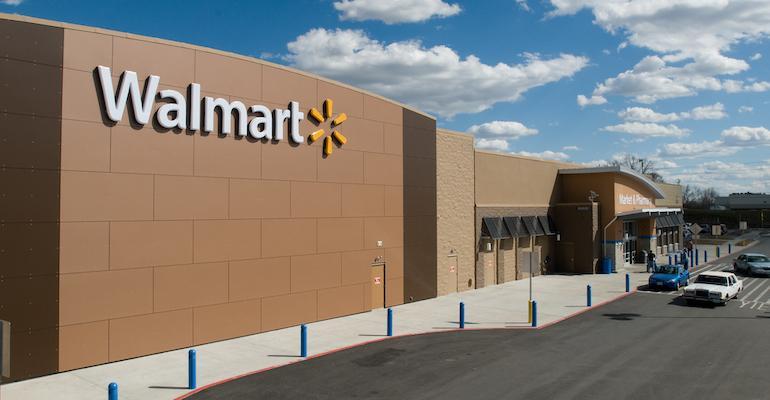 Walmart
Walmart is testing Domino's Pizza and Taco Bell as McDonald's and Subway pull out of retailer's stores.
News>Quick Service

As McDonald’s and Subway pull out of Walmart, retailer looks to other options

While McDonald’s Corp. and Subway are closing units inside U.S. Walmart Inc. stores, the retailer says it is replacing those with other concepts such as Domino’s Pizza and Taco Bell.

In its February annual report, Chicago-based McDonald’s said its U.S. division expected to close “roughly 325 restaurants in 2021; a majority of which are lower sales volume McDonald's in Walmart locations.” McDonald’s said it expected about 650 net restaurant additions in 2021.

The Wall Street Journal reported Friday that longtime restaurant relationships between some restaurant chains had “frayed as more shopping goes online and fast-food restaurants depend more on drive-through windows for sales, a feature Walmart locations don’t have. The pandemic has made indoor dining unappealing—or prohibited—for many shoppers, accelerating the split.”

Dudhia said the largest U.S. retailer’s stores expects to have 150 McDonald’s remaining in Walmart units in the next few weeks and more than 1,000 Subway sandwich outlets.

Dudhia said foodservice outlets in Walmart stores “gives us the opportunity to look at local communities and ensure that our customers are getting new and exciting experiences that they may not be getting otherwise.”

The company is testing a location of Yum Brands’ Inc.’s Taco Bell as well as expanding its relationship with Domino’s Pizza Inc., which has 30 units in Walmart locations, Dudhia said.

Most of the Domino’s locations allow for customer pickup at the Walmart locations as well as delivery, Dudhia said, which has been beneficial during the COVID-19 pandemic.

“We’re definitely looking to bring in new and exciting brands,” she said. “Again, these are all things that our customers are looking for.”

Another Walmart spokesperson told CNBC that one store has a smoothie vending machine and several others will offer ghost kitchens.

Toronto-based Ghost Kitchen Brands in March said it was rolling out its hybrid virtual brand/ghost kitchen concept in dozens of Walmart stores in the U.S. and Canada.

The new service allows shoppers in those locations to select items from the menus of about 15 national and regional restaurant and CPG food concepts, including Quiznos, Saladworks and others, combined in a single order. The on-site kitchens, meanwhile, will also serve as delivery hubs for those brands via third-party delivery services such as Uber Eats.

Update April 9, 2021: This story has been updated with additional information on Ghost Kitchen Brands.