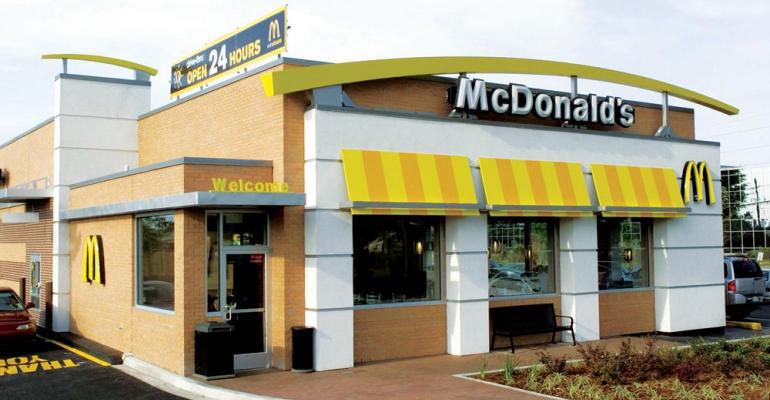 McDonald’s has essentially achieved equal pay for women and other historically underrepresented groups across company-owned restaurant and corporate employees in the United States, the company announced Tuesday.

Chicago-based McDonald’s said it employs more than 180,000 people, that employees of all genders now receive equal pay for comparable work at all company-owned restaurants, and that women are paid 99.16% of men for comparable work among corporate staff in the United States. Globally that figure is 99.85%.

A McDonald’s representative said the U.S. figure would reach 100% once adjustments are made during next year’s “compensation cycle.”

That announcement came after working with pay analysis expert Mercer to conduct a study of corporate staff and company-owned restaurants globally.

Around 7% of McDonald’s approximately 39,000 locations worldwide are company-owned, the representative said.

The announcement was made in a letter to the global McDonald’s system from global chief people officer Heidi Capozzi.

“Making McDonald’s an inclusive brand is a core value because it isn’t just the responsibility of one person or one team. It depends on all of us,” Capozzi said. “Over the past 18 months, we’ve worked together to create a future where equality, fairness and opportunity aren’t just goals, but the lived experience of every single person in our communities.”

Earlier this year, McDonald’s said it was tying senior leader compensation in part to goals it set for developing a more diverse leadership team. Those goals include having 35% of positions of senior director and above filled by people of underrepresented groups, such as women and people of color, by 2025. It set a goal of having at least 45% of those roles filled by women by 2025 and 50% by 2030.

McDonald’s said it would continue to conduct a global pay analysis annually.

“We recognize that to realize our aspiration [of equal pay] we must also keep actively attacking the systemic biases that negatively impact women and people with other marginalized identities,” Capozzi said in the letter. “We’ll do this by continuing to hire, promote, and retain diverse, world-class talent; by offering the most competitive learning and development programming among our peers; and by creating formal mentoring and sponsorship programs to accelerate success in our workforce. McDonald’s has also joined the Catalyst Gender and Diversity KPI Alliance, a group of DEI advocates, corporations, academics, and trade organizations that support the adoption and use of a set of key performance indicators to measure gender and diversity in their organizations.”

This story has been updated to clarify that women are paid 99.16% what men are paid among McDonald's corporate staff in the United States.
TAGS: People
0 comments
Hide comments
Related
Sponsored