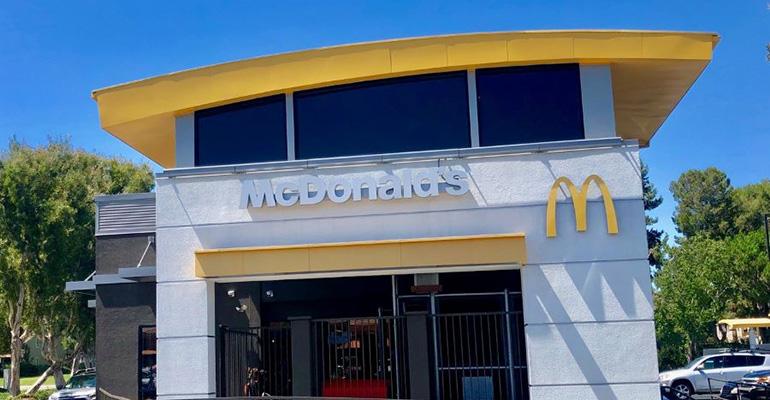 The latest news out of McDonald’s this week:

Related: Will they, or won’t they? Domino’s, McDonald's talk plant-based strategy

This week, the leader of the National Black McDonald’s Operators Association and McDonald’s Corp. responded to reports of disparities between NBMOA members and their white counterparts.

According an internal group memo obtained by Business Insider, the association laid out several issues that allegedly have led black operators to flee the system.

One such detail: Stores owned by black franchisees make substantially less per month.

“In general, the trajectory of the treatment of African American Owners is moving backwards," Business Insider reported, citing a March 2019 statement by Larry Tripplett, association chairman and CEO.

Yet, this week, Tripplett appeared to backpedal.

In a statement, Tripplett said the association is “encouraged” by the progress his group has made with the Chicago-based chain.

“Our goal is to ensure that McDonald’s Corporation is fully and authentically engaged in the African American experience — including African American communities, employees, vendors and franchisees,” according to Tripplett’s statement. “Working in collaboration with McDonald’s, we both are committed to delivering world-class hospitality, operational excellence, and increasing guest visits. We are working together to make the McDonald’s brand shine by fully integrating African Americans at all levels. We both recognize that when we move together; we move further. And we are encouraged by our progress.”

McDonald’s said it is among the chain’s “top priorities” to ensure all operators “have the opportunity to prosper, grow and achieve their business ambitions.”

“These efforts are rooted in our core belief that diversity and a vibrant, inclusive and respectful McDonald’s makes us stronger,” the company said in a statement. “McDonald’s is proud to foster opportunities for entrepreneurship, economic growth and mobility in communities across the country.” 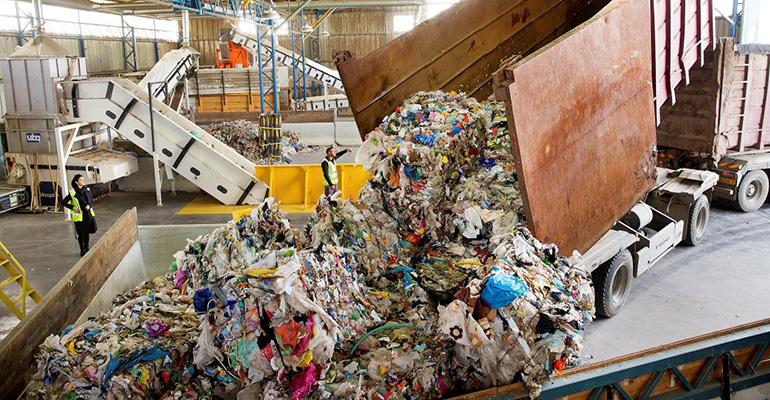 Franchise firm Arcos Dorados, one of the largest in the McDonald’s global system in terms of sales, has partnered with a bio-tech company that turns unsorted household waste into renewable resources.

The raw materials are then used to create products used in restaurants like trash cans or furniture.

Arcos Dorados operates 2,200 McDonald’s restaurants in Latin America and the Caribbean. The company is working with UBQ, a company that converts organic municipal solid waste into material that is used to make recycle bins and crates. 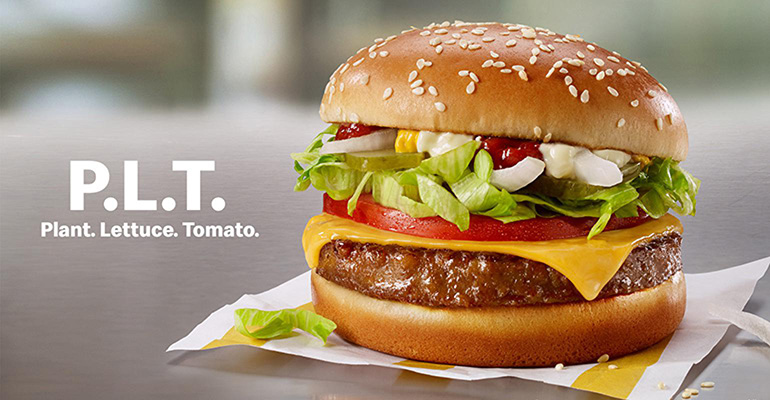 According to an analyst report released this week by UBS, McDonald’s is selling about 20 to 30 plant-based burgers per day in Canada. The 28-store test of the P.L.T. burger in Ontario, Canada started in September.

UBS analyst Steven Strycula calculated that McDonald’s could sell more than 250 million plant-based burgers if the chain rolled out P.L.T. to its nearly 14,000 U.S. restaurants, according to Reuters.

Beyond Meat CEO Ethan Brown called the partnership with McDonald’s restaurants in Canada and other major fast food players a dream come true.

“This important step reflects a dream becoming reality,” Brown told investors during the company’s latest earnings call. “We've long had our sights on ubiquitous availability for Beyond Meat, and years ago, I set a goal that my own children would be able to go to major fast food chains and order Beyond by the time they could drive.”