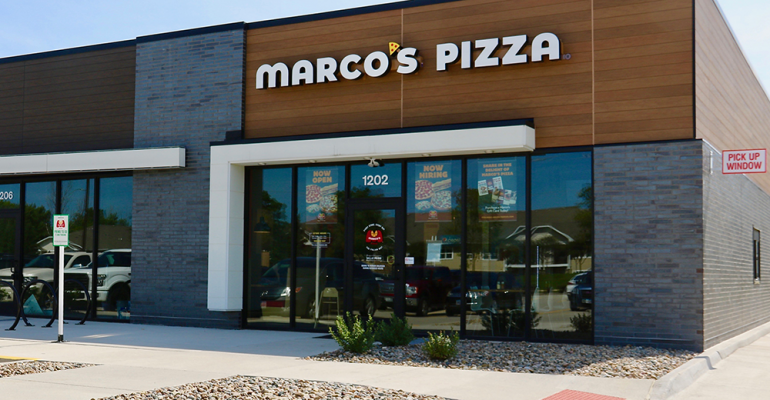 Coming off a slow year of growth for the pizza industry as key players adjust to the growing trend of competitors’ third-party delivery, the Toledo-Ohio-based 930-unit Marco’s Pizza is looking to expand its market share.

Marco’s Pizza is close to opening its 1,000th store. What are some milestones the pizza chain reached this year? 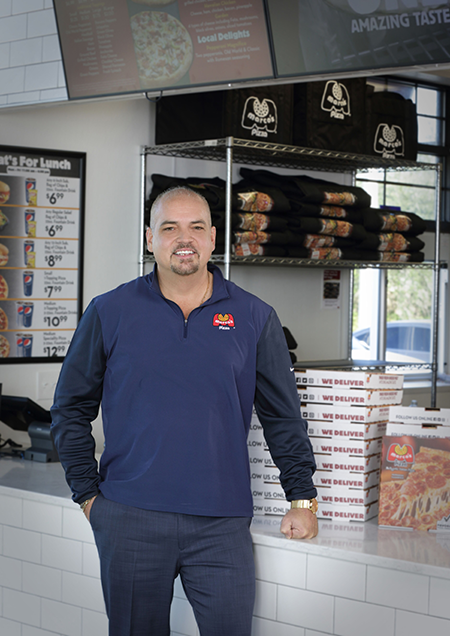 2019 has been a transformative year for us. We launched our first national advertising campaign, so now we are officially on the national stage advertising in all 50 states. We are talking now to a whole lot of folks who have never heard of us before.

We’ve pushed through in a difficult economy with everyone fighting for market share and with the pizza segment trending down for the year, we’ve actually had positive same-store sales.

We also brought in a new CFO this year — Jeffrey Rager — after our former CFO Kent Switzer retired. He’s already contributing to our continued growth. Then later this year we will hit that 1,000th store. We’re not sure where that will be yet, but we already have several contenders.

What are your expansion goals for Marco’s Pizza moving forward, besides hitting that 1,000-unit mark?

We are still looking to grow company stores — we opened six new corporate stores in the past 15 months — but we are also out talking to multi-unit franchisees. There are 15 states where we don’t have any stores, so we want to focus there. We’ve also got our eye on [expansion outside the 50 states], particularly Puerto Rico, which is one of the fastest-growing markets in the company. We’re also looking at South America and are really close to opening in the Dominican Republic, Costa Rica, Panama, and we really aim to open in Mexico this year.

Since you’re not in 15 states, are you focused on any of these markets in particular?

For us, there are three significant markets: Denver, Colo. — we want to continue to expand in and we think we have real potential for heavy growth concentration there — Nashville and the third one is Virginia.

Why do you think the pizza segment has slowed this year and how do you plan to compete?

The industry is softer than it used to be. It’s not that folks aren’t eating a lot of pizza, but with the growth of third-party delivery there are just more options out there [Marco’s Pizza can be found on DoorDash, Grubhub and Postmates]. … The share of stomach is getting tighter and tighter.

Our differentiator is our Italian heritage. We tell that story plus we introduce new customers to our value proposition. We offer two medium, two-topping pizzas for $6.99 while the big players are playing in that $5.99 space. But we can use that extra dollar to denote higher quality, Italian ingredients.

What are some of the biggest challenges you’re facing as a brand?

Two big challenges we face today are retaining employees and [dealing with] the real estate market. Whoever figures out how best to acquire (and keep) talent over the next decade will win the day. The unemployment rate is so low right now, which tells you that folks looking for talent are looking inside your house. You have to be laser-focused on your team: creating opportunities for them to grow their own career and keeping them satisfied.

As for real estate expansion, it’s good for the economy and great for developers, but the cost of building goes up daily. It’s our job to look at ways to save on building stores as well as the cost of operating them once they’re built. It’s all supply and demand.

What are your goals for the future of the brand?

We just launched our mobile app in January 2019 with a soft launch, but we started aggressively marketing it in June. We have 350,000 downloads already, and we want to get over one million by the end of year. We still think we can improve our online presence and do much more with that.

We also want to grow AUVs [average unit volumes] and franchisee profitability. We are heavily focused on unit economics and making sure our franchisees are successful. We place heavy emphasis on line item expenses and cost-cutting as well as profitable sales on top line, so we don’t want to get too into the weeds with discounts or LTOs. In the pizza business, markets are tough enough already. We want to give you our pizza at a value, but it’s a balance with what we can afford and how we want to emphasize customer expectations.

What’s your approach to guest loyalty and rewards?

We launched our rewards program with our app in January so that everything is all in one place. It’s a points system and you can earn a free pizza every 10 points or so, and we have a pretty good loyalty following that’s growing every day along with a good retention rate. We want to roll out some enhancements in the future to make the app more interactive but at a first pass it’s doing well for us.

In 2012, Marco’s Pizza started a partnership with franchisee Family Video, which allows customers to pick up a pizza while picking out a movie. Now that video rental is all but disappearing, is this partnership going to continue?

Family Video is our largest franchisee with well over 100 stores. They are a great partner and grow a lot of stores. Their strength is that they’re not only in the pizza space, but also the retail business. However, with the video rental business declining over the past decade, they’re doing some repurposing. They are still growing but we’ve seen some closures in trade areas that don’t work well in particular real estate footprints. It’s been a very healthy relationship and will continue to be.