A look at Popeyes’ first restaurant in mainland China 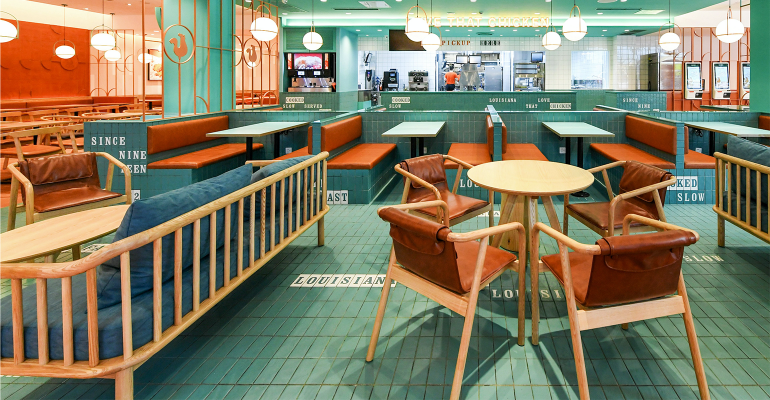 Popeyes Louisiana Kitchen Inc. has opened its first restaurant in mainland China with a flagship location that opened May 15 in Shanghai.

Popeyes has more than 3,300 restaurants in 25 countries, but the Shanghai unit was the brand’s first entry into the China market. The company has targeted the country for as many as 1,500 Popeyes units.

RBI’s Burger King has about 1,300 restaurants in China and Tim Hortons has about 30 locations in the country.

In an earnings call at the beginning of May, RBI CEO José Cil said the company’s Asia division, which was earlier on the timeline of the coronavirus pandemic, had reopened more than 80% of its restaurants, which he said reflected a “strong recovery.”

“At the peak of the crisis in China, a majority of our restaurants were temporarily closed, and comparable sales for restaurants still operating were down 60%,” Cil said. “Over the course of five weeks, between February and March, restaurants steadily reopened so that today, less than 10% of restaurants in China remain closed. At the same time, daily comparable sales have recovered to approximately negative 15% and maintained a positive trend.”

With the entry of Popeyes into China, the company said it had made some menu changes.

“The brand tailored its menu items to reflect Asia Pacific taste and cultural preferences such as using dark meat for its famous chicken sandwich,” a spokesperson said.