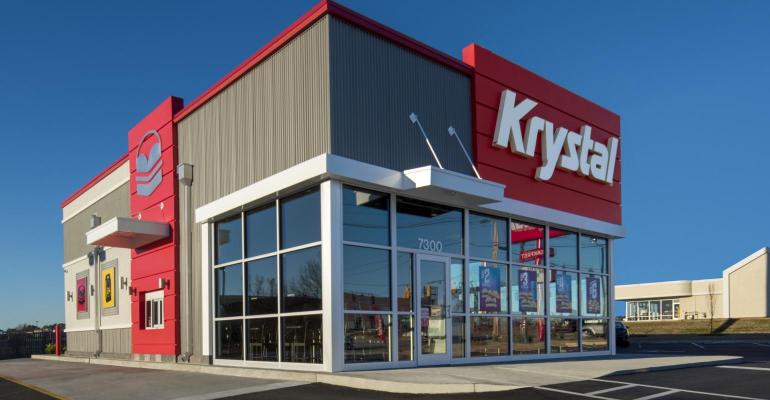 New York-based firm to assume $21.5 million in debt while taking over corporate restaurants

The Krystal Company, which filed for Chapter 11 bankruptcy protection in January, has found a buyer, according to court documents filed Wednesday. DB KRST Investors LLC, an affiliate of one of Krystal’s major creditors, Fortress Investment Group LLC, is buying the quick-service burger chain based in Dunwoody, Ga., for $27 million and will assume $21.5 million in debt. It was the only bidder.

Judge Paul Bonapfel of the U.S. Bankruptcy Court in Atlanta said he would approve the deal that was struck last week to sell Krystal’s corporate units, which comprise about 70% of the system, according to Nation’s Restaurant News Top 200 data. As of last year the chain had 205 corporate location and 105 franchises.

The deal is expected to close next week.

Krystal, which has a cult following, particularly in the Southeast, is being sold by its current owner, Argonne Capital Group LLC, based in Atlanta. It kept the restaurants open after filing for bankruptcy protection in January, and has kept them open for takeout and delivery during the COVID-19 pandemic.

At the time of its bankruptcy filing in January, Krystal president Tim Ward said the action was taken to “enable Krystal to establish a stronger business for the future.”

At the same time the company had also filed several motions to authorize it to continue to operate its business, including paying employee wages and benefits, honor customer programs and pay for its utility services.

Last October, Krystal said it planned to refranchise most of its company-owned stores and had hired investment banking firm The Cypress Group to manage that initiative in Alabama, Florida, Georgia, Mississippi and Tennessee, and that it had signed its first new franchisees since 2005.