The former tech marketer to join the quick-service chain Nov. 29

He replaces Andrea Zahumensky, who left the company in April.

While at Nintendo, Chavez led sales and marketing for the Nintendo Switch gaming system, launching more than 200 game titles and helping drive the company’s digital marketing and commerce capabilities, according to a release announcing Chavez’s appointment to his new role.

Related: KFC sees potential to triple in size, predicting “Buckets of Growth” in the long-term

“Nick is a proven leader who has a track record of demonstrating the smart, heart and courage leadership needed at Yum! & KFC,” KFC U.S. president Kevin Hochman said in the release. “He has launched blockbuster new products at an iconic brand, and he's an expert in migrating retail brick-and-mortar business into e-commerce. His experience will help us to deliver KFC's next chapter of growth.” 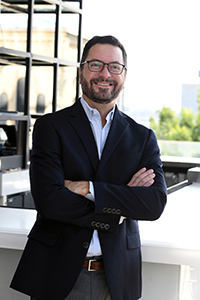 Chavez, left, said he was looking forward to his new job.

“It is an incredible honor to join the KFC family and contribute to its iconic and enduring legacy of great people serving great fried chicken at great value to everyone,” he said. “The opportunity to help chart the future of the KFC brand, and how it delights and satisfies the millions of people it serves every day, is a dream for me. I look forward to working with the team at KFC and partnering with its remarkable franchisees to drive brand and business growth going forward.”

KFC, a subsidiary of Yum! Brands, Inc., based in Louisville, Ky., has more than 24,000 restaurants worldwide, including some 4,000 in the United States.