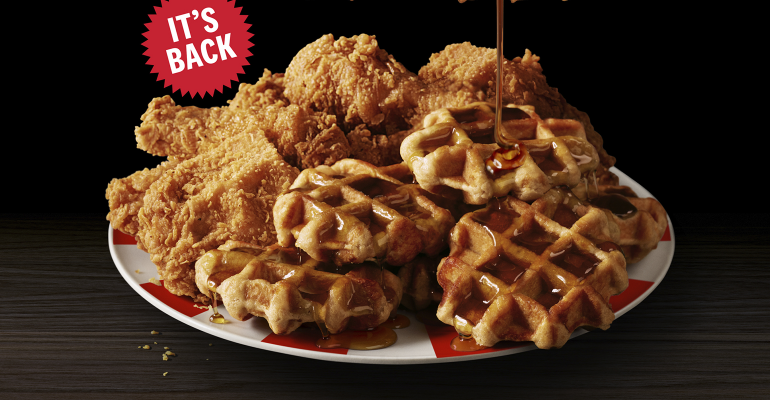 KFC brings back classic southern dish due to popular demand

Kentucky Fried Chicken & Waffles, introduced in November as an LTO, is coming back to KFC restaurants due to popular demand, the chain announced Thursday morning.

“After an overwhelmingly positive response from customers during its debut, this fan favorite will be reintroduced this month,” the Louisville, Ky.-based chain said.

Related: KFC wants to raise the bar with chicken-and-waffles meal 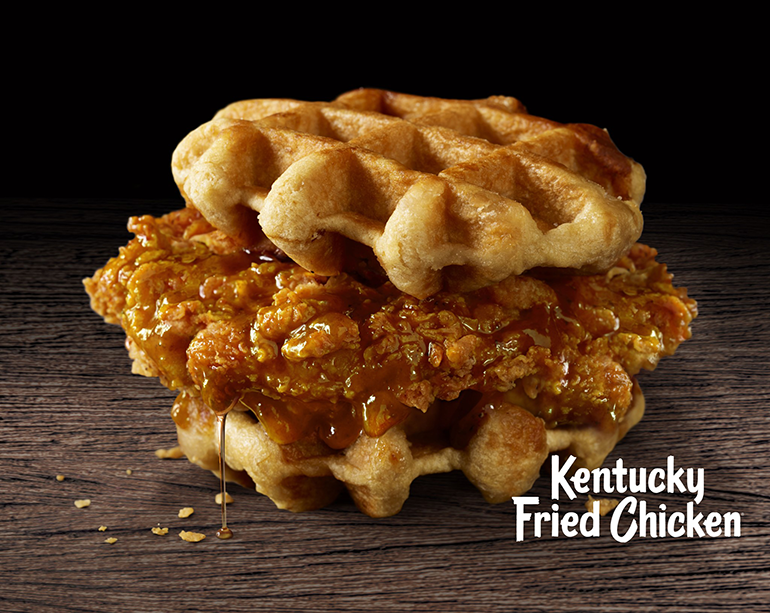 The menu item, extra crispy chicken paired with yeast raised dough waffles infused with pearl sugars imported from Belgium, will be available between March 23 and April 29 while supplies last. That could mean two weeks as some stores sold out of the product in 14 days during the initial launch, the company said.

“We expected people would love Kentucky Fried Chicken & Waffles when we launched it in 2018,” Andrea Zahumensky, chief marketing officer, said in a statement. “But we underestimated how much love there would be so we’re bringing it back just four months later. Too soon? Not a minute.”

Zahumensky, a former marketing executive at Procter & Gamble, took over for KFC turnaround architect Kevin Hochman in December 2017. Since then, she’s been building on Hochman’s recovery plan, which calls for playful iterations of Colonel Sanders and the introduction of cult-favorite foods.

The chicken and waffles meal fits into that strategy because it’s a classic brunch dish that KFC restaurants are offering any time of day.

The $5.49 meal includes one waffle, syrup and choice of one breast fillet, two-piece thigh and drum, or three-piece tenders. It can also be ordered as a sandwich using a breast fillet for $5.99.

KFC has about 4,200 restaurants across the U.S.