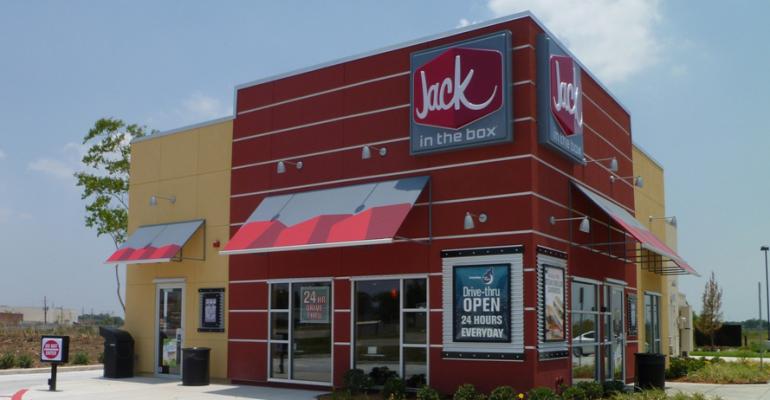 Courtesy of Jack in the Box
News>Quick Service

Jack in the Box to spend up to $45 million to enhance drive-thru lanes, remodels

Jack in the Box plans to improve sales by focusing less on deep discounting, improving speed at the drive-thru, and adding more flavorful foods to its menu.

During a Thursday morning conference call to discuss its third quarter earnings, the San Diego-based chain said it would spend up to $45 million over the next three years to enhance its drive-thru lanes by adding digital menu boards and tablet-holding order-takers similar to In-N-Out Burger and Chick-fil-A.

“It’s time to up our game,” CEO Lenny Comma said.

The chain said systemwide same-store sales edged up .5 percent on top of revenue of $188 million for the third quarter ended July 8.  The positive comps were driven by higher check averages tied to the popularity of Sauced & Loaded Fries, a $3 LTO that debuted in June.

“The product drove an increase in average check. It was a great LTO,” Comma said.

Comma said results were in line with projections, and he was especially pleased that comps were boosted without resorting to “deep discounting” like other chains.

Still, Jack in the Box is testing “daily deals” in some markets. The program involves daily food specials, add-on deals, and snack menus.

“We want to make sure we address this value component of our business the right way,” Comma said.

Comma said the chain is focusing on drive-thru enhancements instead of major store remodels because the lanes generate 70 percent of total sales. Yet, a large percentage of restaurants underperform at the drive-thru – specifically due to slow service.

Comma said drive-thru improvements will begin in 2019, including better landscaping “to make sure we look crisp.”  The changes would occur at company stores, with the capital investment ranging from $30 million to $45 million between 2019-2021. Those funds would also cover costs for remodels.

The company ended the quarter with 146 company operated stores, and 2,095 franchise units.

Comma said Jack in the Box has seen a “significant” lift in sales in test locations.

On the menu side, Comma said the company is building a pipeline of more flavorful foods that will satisfy the “evolving taste of consumers.”

He did not share details of any specific new items, only stating that they will be culturally relevant, flavorful and affordable. He said the chicken teriyaki bowls are one example of the types of new foods customers can expect.

He did not directly address recent buzz over the teriyaki ads, which some outlets described as laced with sexual innuendo.

Comma said when new foods roll out, Jack in the Box will continue its tradition of humor in its marketing campaigns.

“We’ll be unashamedly us when it comes to promoting those products,” he said.

Jack in the Box said the positive same-store momentum has continued into the fourth quarter, where it projects comps to increase of approximately 1 to 2 percent.