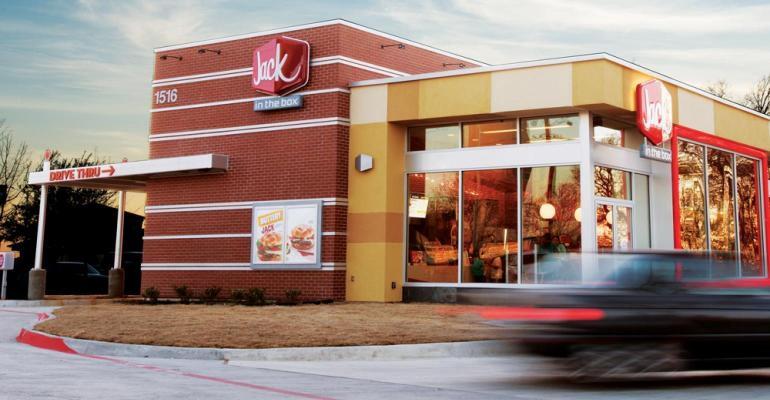 Fueling Jack in the Box’s expansion are veteran multi-unit franchisees like David Beshay, one of the brand’s largest operators.
News>Quick Service

Jack in the Box Inc. (NASDAQ: JACK), one of the nation’s leading QSR chains, announced today it has awarded seven development agreements in Q4 of fiscal year 2021 to open 47 new restaurants. In total, Jack in the Box has awarded 23 development agreements in fiscal year 2021 to build 111 stores over the course of the next several years. The agreements will help the brand grow in existing markets including Los Angeles, Dallas and Houston, as well as new ones such as Salt Lake City and Louisville indicating a strong return to development following Jack in the Box’s franchising relaunch earlier this year.

“Our franchisees want to grow with Jack in the Box and there’s sizable demand for our brand in a variety of markets around the country. Current and prospective operators know the business opportunity available to them and they are motivated to grow their portfolios with Jack,” said Darin Harris, CEO of Jack in the Box. “We’re really excited about the progress we’ve made in the development space, but this is just the beginning. As we head into the new fiscal year, we look forward to growing further with our current franchisees, as well as adding new operators to the Jack in the Box family.”

Fueling Jack in the Box’s expansion are veteran multi-unit franchisees like David Beshay, one of the brand’s largest operators. Beshay owns 211 Jack in the Box restaurants and plans to open at least 30 additional locations within the next 5-8 years. Beshay has been with the Jack in the Box brand since 1992 and a franchisee since 2006.

“Under the leadership of Darin and the new executive team, Jack in the Box has become more modern and culturally relevant with a focus on meeting consumer preferences and building positive relationships with franchisees. That mindset has made the brand an even more exciting business opportunity for franchisees,” said David Beshay. “The support and guidance Jack in the Box has provided has been immeasurable and I’m eager to expand my portfolio and open new restaurants.”

In addition to its planned growth, Jack in the Box has experienced a 14 percent systemwide same store sales increase year over year through the end of its most recent third quarter. Earlier this year, the chain also unveiled its new MK12 prototype, which is off-premise only and features a lane for drive-thru, as well as a lane for online pickup and third-party delivery. The new prototype will cut development costs 18-23 percent, allowing for more storage capacity and dual-assemble kitchens. The first MK12 locations operating in Oklahoma and California are slated to open in fiscal year 2022. Jack in the Box has also emphasized accessibility through digital solutions, including "The Jack Pack," the brand's first loyalty program available exclusively on the mobile app, where guests can earn redeemable points towards future orders through in-app purchases.

Franchise opportunities with Jack in the Box remain in areas across the U.S., including the Southeast, Southwest, West, Northwest and Midwest and target states including North Carolina and South Carolina, and cities such as Salt Lake City, Kansas City, Louisville and many surrounding areas. For more information about development opportunities, contact Stacy Soderstrom, Franchise Recruitment Director, at [email protected] or (720) 635-8591, or visit JackintheBoxFranchising.com.

About Jack in the Box Inc.

Jack in the Box Inc. (NASDAQ: JACK), based in San Diego, is a restaurant company that operates and franchises Jack in the Box® restaurants, one of the nation’s largest hamburger chains, with more than 2,200 restaurants in 21 states and Guam. For more information on franchising opportunities with Jack in the Box, visit JackintheBoxFranchising.com.