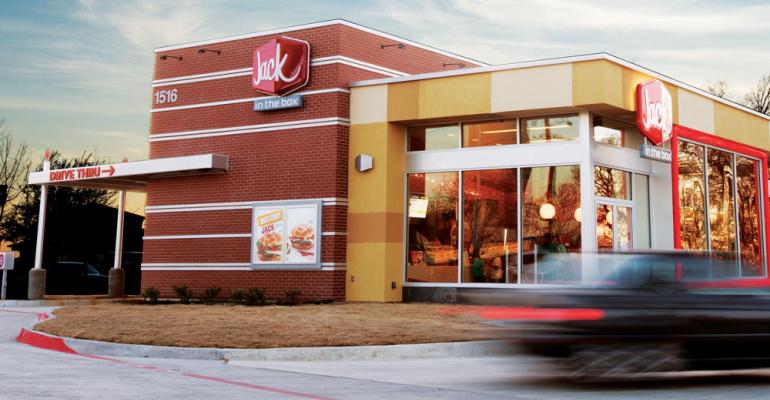 Jack in the Box took over the units in Oregon because there is room to improve operations and grow, said Tim Mullany, executive vice president and chief financial officer.
News>Quick Service

Jack in the Box Inc. takes over 16 franchised units in Oregon to restore and refranchise

Jack in the Box Inc. stepped in to take over operations of 16 franchised units in Oregon during the third quarter, indicating unit-level challenges remain — despite a rosy earnings report of 16.8% same-store sales growth over pre-pandemic levels, the company said Wednesday.

The company took over the units in Oregon because there is room to improve operations and grow, said Tim Mullany, executive vice president and chief financial officer. The plan is to return those units to franchise operators as part of a strategy to “take in and restore” units with potential for turnaround.

Related: Jack in the Box reveals the look of its off-premises-only prototype

For Darin Harris, Jack in the Box CEO, the earnings report for the July 4-ended quarter marked his year anniversary with the San Diego-based chain. He arrived amid the pandemic, and in the wake of unrest among franchisees.

Harris reflected on improved relations with franchisees, saying improving unit economic is key to that progress.

Though the chain ended the quarter with a net decline in nine stores for a total of 2,219, Harris also expressed optimism about growth, saying the company plans to achieve 4% unit growth in 2025. So far this year, franchisees have signed on for another 64 restaurants.

Still, Harris noted there is work to do. “The next step is to execute on the show-me story and prove it,” he said.

Calling the brand “scrappy” and “a street fighter,” Harris said he wants Jack in the Box to be “anything but just another burger player.”

During the quarter, systemwide same-store sales were up 10.2%, including an increase of 10.3% for franchised units and 9% for company-owned locations.

Those increases reflected an even balance between growth in traffic and ticket. Harris said both breakfast and late-night dayparts performed well, indicating consumers are “starting to get out” again.

The return of Popcorn Chicken was “a highlight,” and a biscuit sandwich platform also was a hit.

The company also launched a new Jack Pack loyalty program this year offering rewards, which has helped improve the digital ordering experience. Digital ordering has grown 30% for the chain this year alone.

“Digital remains a strong opportunity for us,” Harris said.