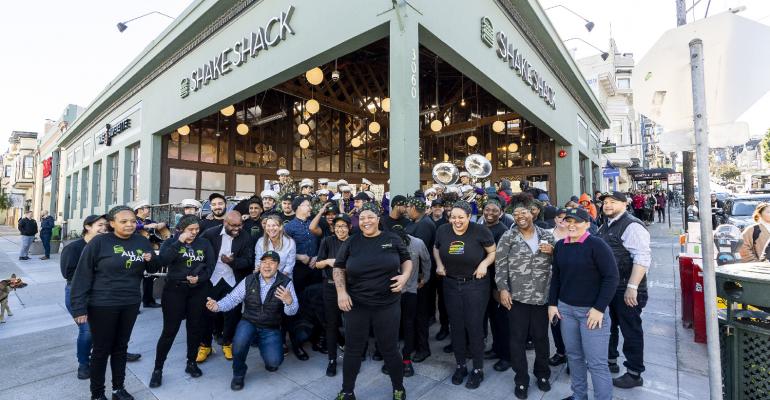 Companies like Shake Shack, Popeyes and Noodles & Co. are fostering cultures of equity through diverse hiring and promotion goals, marketing spend and more

Following the murder of George Floyd and subsequent waves of Black Lives Matter protests last summer, the rumblings of civil discontent trickled their way down into corporate America, where CEOs — many in the restaurant industry — responded with statements of support and promises to do better. Since then, restaurant companies have used this shift in national consciousness to reevaluate their own corporate policies around diversity, equity, and inclusion.

From companies like Starbucks and Chipotle tying executive compensation to hitting diversity goals to other brands (including Wendy’s and Pizza Hut) hiring chief diversity and equity officers for the first time, the restaurant industry is translating words of support to action. But what do these changes look like on an everyday basis, both at the corporate and store levels? And how will companies make sure that these diversity goals are met?

“Diversity changes have to be sustainable; they cannot come across as a one-time program or flavor of the month,” said Andre Howell, vice president of the Multicultural Foodservice & Hospitality Alliance. “This is something that’s embedded into the culture of an organization. It’s how you do business.” 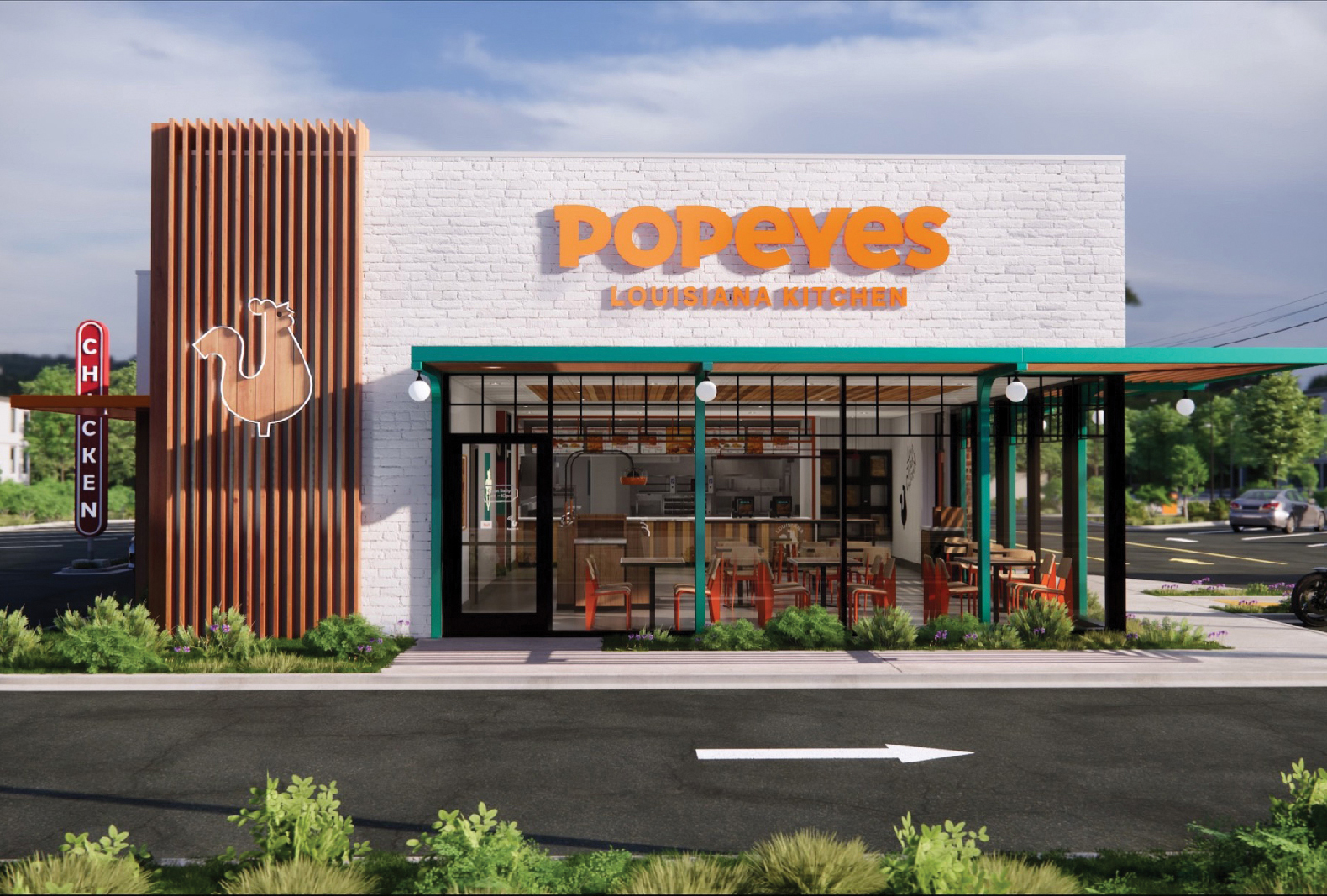 Popeyes released a scorecard in May to break down the demographics of its marketing and advertising spend.

Diversity should touch everything

Howell said that rather than having meetings about diversity and inclusion, corporations should instead imbue diversity considerations into all meetings. That way, inclusion can seep its way into the company culture, rather than just be a special event.

“If you’re going to have an office party where everyone brings in an ethnic dish, that’s a nice tactical thing to do but it does not speak to the broader mission of what you’re trying to accomplish,” he said.

Popeyes, for example, released a diversity and inclusion scorecard in May specifically to break down the demographics of its marketing and advertising spend. The team wanted to make sure that their advertisements — from the talent used to creators and food stylists — accurately reflected the diversity of the brand’s customers and New Orleans heritage.

The scorecard reported that a little less than one-third of Popeyes customers are Black, while the percentage of its Black on-air talent is around 46% and influencer partners are almost exactly one-third Black. However, behind the scenes, Black agencies only represent 8% of its marketing spend.

“I think the difference in walking the walk is, ‘What are the actions coming out of that talk?” said Ryan Robertson, Popeyes’ global head of brand marketing. “One of our commitments is tracking and increasing our minority-owned media spend, to really help support and fuel our growth. … This scorecard is really our starting point.”

Noodles & Company’s people-first perks (including childcare support, mental health counseling and matching maternity and paternity leave benefits) have often been implemented with an eye toward inclusion. For example, the company has a gender-neutral bathroom policy for all of its stores, which recently led to some backlash from conservative politicians. But Noodles & Company did not back down from its policy.

“We have a lot of team members that identify as part of the LGBTQ+ community, so how do we advocate for them?” said Alicia Williams, inclusion and diversity manager at Noodles & Company. “[The gender-neutral bathrooms] are a part of our inclusive culture.”

Williams clarified that the idea for gender-neutral bathrooms actually came about as part of the brand’s company-wide listening forums, which encourage ideas from employees that can help change the company culture so that it better aligns with their values.

Noodles & Company also signed earlier this year the CEO Action for Diversity & Inclusion pledge, in which companies across a spectrum of industries committed to creating diversity and inclusion plans and teaching employees about unconscious bias, among other promises.

Noodles & Company’s people-first perks have often been implemented with an eye toward inclusion.

Nurture a pipeline of leadership

Taking steps to remove gender signage from bathrooms or hiring a diverse pool of advertising talent are important parts of shifting company culture, but the core of diversity goals is to hire and promote more women, people of color, and members of the LGBTQ+ community to leadership positions. Fixing the pipeline from entry-level to managerial positions and beyond is at the top of the to-do list for most diversity and inclusion executive officers.

For example, last year, Popeyes parent Restaurant Brands International set new diversity goals that outlined a commitment to ensuring that for every corporate position it fills, at least 50% of candidates must be from diverse backgrounds. Since then, Robertson said, 70% of new corporate hires at Popeyes have been “demonstrably diverse.”

“For me, as a person of color in a corporate environment, it’s inspiring to see other people that look like me in more senior levels of the organization,” he added.

When companies take the time to really focus on improving the leadership pipeline, the homogeneity of the top leadership positions can become apparent. Noodles & Company gave the example of recently promoting a person of color to regional director of operations in Iowa, after he started his career as a store general manager.

“We identified his skill and potential early on in his career and worked closely with him to give him opportunities and help him get exposure to different members of the leadership teams,” said Sue Petersen, executive vice president of inclusion, diversity, and people at Noodles. “He looked up and didn't see anyone who looked like him in in a leadership role, so I think he wasn’t certain he could get there.”

Like most companies, part of Shake Shack’s renewed focus on diversity and inclusion is to create diversity, equity and inclusion training programs and modules, which it released in partnership with solutions provider Wisetail. But that formal training is only helpful if it’s applied in real life. To take these values off the computer screen and onto the line, Shake Shack created an 18-week leadership development program last year called Shift Up, specifically designed to help shift managers develop the skills to get them to the next level of promotion.

“We know our population is mainly people of color and women, and this can help them develop the confidence to get to the next level,” said Idris Stover, director of diversity, equity, inclusion and culture at Shake Shack. Stover was hired in September and is the first person at Shake Shack to hold the position. “Shift Up is allowing us to create that internal pipeline. And it's actually us saying we want our people to grow. We assessed where the gaps were and we built this program to help close those gaps.”

Shake Shack also launched five employee resource groups for employees of specific demographics and their allies over the last year, with the latest being for Asian-Pacific Islander employees.

“They work hard to bridge that gap, but also help everyone at Shake Shack be more aware of unique challenges groups may face,” Stover said.

“Change in your C-suites doesn’t happen overnight,” Noodles & Company’s Petersen said. “Maybe the movement is not happening as quickly as we'd like, but I certainly see a lot of our peers in the industry bringing in diverse talent as they have the opportunity to do so. … If you looked at our executives or board six years ago, you would probably see a very homogenous-looking team. But we’ve grown; we have women and people of color sitting in those seats, but it didn’t happen overnight.”