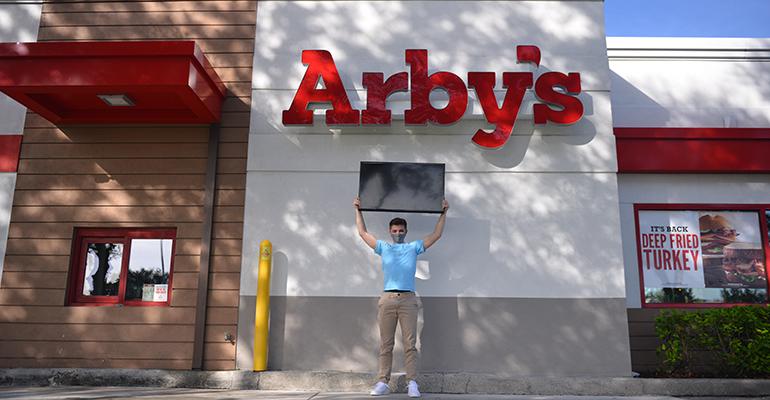 Arby's new menu LTO was inspired by a TikTok interaction with a customer.
News>Quick Service

With the increased use of social-media apps like TikTok, Instagram and Twitter, brands have had to think outside the box and collaborate with outsiders for new campaigns. The latest from Arby’s started with a teenage boy, John Casterline, purchasing a TV that only displayed the Arby’s menu — and ended with the quick-service chain adding a new LTO through Nov. 20.

Casterline posted a video on his personal TikTok account (@h1t1) on Oct. 22 of the flat-screen TV that he purchased for $25 that only showed an Arby’s menu. This video was viewed over 16 million times and Atlanta-based Arby’s responded on the app — the brand has had a TikTok account since 2019 — with a video of the local Arby’s showing Casterline’s original TikTok on its menu screens after it commented on his video saying “WE WANT OUR TV BACK.”

“With TikTok as an emerging platform, we love the creativity it gives creators, and knew once we came across the original video, there was a chance to have a little fun,” Jimmy Beck, digital and social-media supervisor at Arby’s, told Nation’s Restaurant News.

And fun they had. 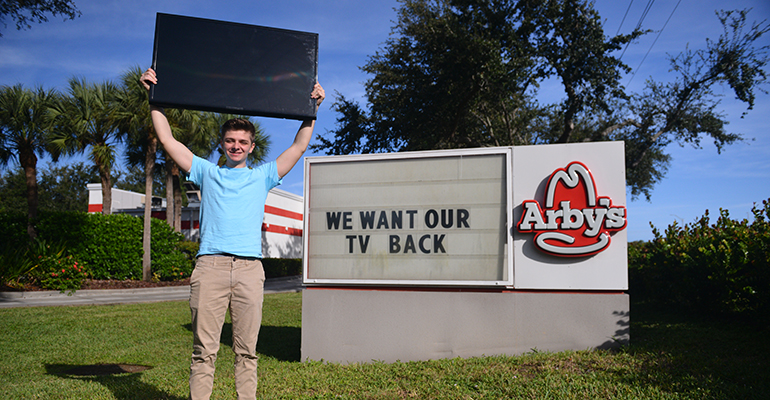 Arby’s continually reached out to Casterline via the app’s video comments asking for the TV back and bargaining. The company posted a sign outside the local Arby’s reading “We want our TV back,” which then turned into “Final offer coming 11/6,” at which point the brand sent Casterline a flat-screen TV in exchange for returning the original TV and an Arby’s sponsorship.

Casterline recorded himself delivering the TV via the drive-thru.

While Casterline’s videos were recorded in a traditional TikTok style, with his head placed on top of a static image of the latest developments in the story while he spoke directly to camera or responding to other user’s videos in a split screen, Arby’s took on a different tone. 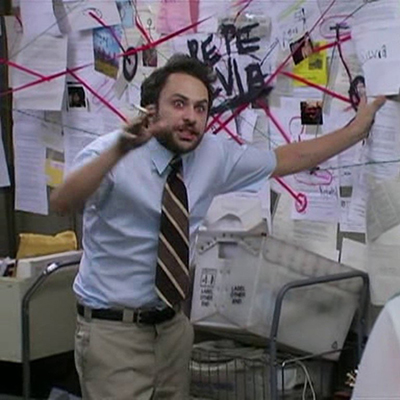 The brand produced two videos using a side-by-side with Casterline’s videos before creating new videos showing what was happening “behind the scenes” to retrieve the TV. The first of those videos was a recreation of the famous meme from It’s Always Sunny in Philadelphia, left.

That was followed by a check list of things the brand felt it could offer him, including a sponsorship. The final video showed Casterline receiving the mystery box with the TV only to see it displayed an Arby’s menu item — a new item, the “Missing Menu Meal.”

The $5 Missing Menu Meal is a Classic Roast Beef, Loaded Curly Fries and small fountain drink. The limited-time menu item runs from Nov. 6-20 at select locations and there are no reported sales numbers as of press time.

“This back-and-forth banter with TikTok user John Casterline led to the brand’s first-ever TikTok-inspired menu,” Beck said. “This is an exciting space to play in and has highlighted how our guests can experience social media trends online and in-person at Arby’s.” 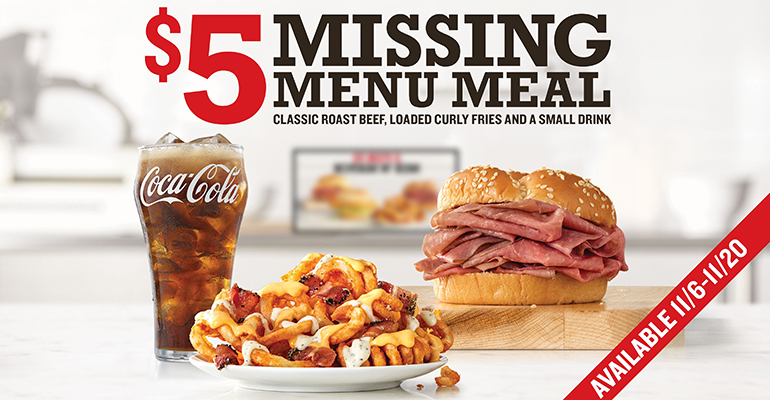 There is no confirmation where the missing TV was located or where Casterline is from.

The hashtag #missingmenumeal has over 76,000 views on TikTok.

This wasn’t Arby’s first time interacting with fans via social media. It had already been commenting on user’s posts well before this point, which may have given them an advantage in knowing what fans want.

Past marketing campaigns from other restaurant chains have shown that paying attention to social media and reacting quickly can be a huge win.

In 2019, Wendy’s — the brand already known for its Twitter responses and roasting quick-service competitors in viral fashion ­— responded to a tweet from Chance the Rapper about bringing back spicy chicken nuggets. 2 million likes later, Wendy’s had no choice but to bring back the menu item to all the adoring fans. Other competitors followed in bringing spicy chicken items onto the menu.

However, Wendy’s went through a more traditional process that involved menu development and a nationwide marketing campaign to bring back an old item. Arby’s introduced a new LTO meal of already-existing menu items that could happen almost instantly, and with very little financial investment.

“While the menu offering did not require additional menu development as the classic roast beef and loaded curly fries are mainstays on our menu, it’s a testament to our operations team for moving so quickly to get this limited-time deal in place,” Beck said.

Arby’s is owned by Inspire Brands, which announced plans to purchase Dunkin’ several weeks ago, and plans to invest heavily in social media in the upcoming months.

“We strive to be the most engaging, interactive brand on social media, and TikTok will continue to be a priority platform for us,” Beck said.

Dunkin’ has been investing in TikTok and Instagram very heavily in the past six months, including a TikTok holiday-drink campaign, a new drink with a TikTok influencer and an Instagram rollout of new holiday merchandise.

While Dunkin’ is not yet officially part of the company, it seems that Inspire Brands will continue to churn out inexpensive and innovative social-media campaigns for 2021.