Flavor of the Week: Aquafaba – the food waste that’s a boon for vegan products 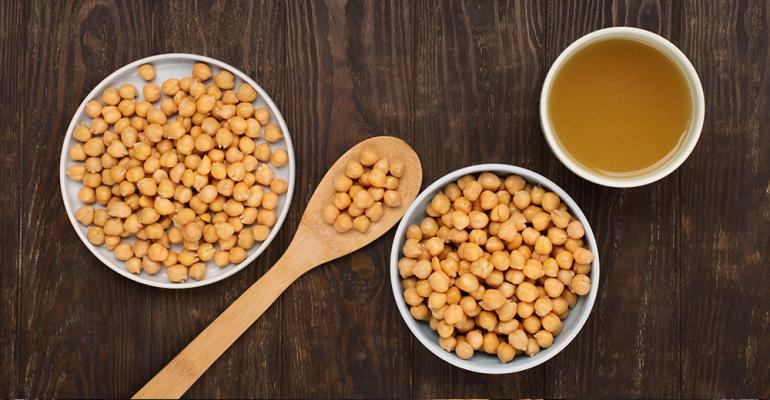 It turns out that the somewhat slimy liquid that results from soaking chickpeas has a variety of applications. This byproduct of the canned chickpea, or garbanzo bean, industry has been dubbed “aquafaba.” Producers of vegan foods have found that, by whipping it, they can make something that can be the base for vegan mayonnaise, sometimes called “fabanaise,” and also be substituted for whipped egg whites in baked goods as well as in cocktails.

Liquid from other canned legumes is also used sometimes, although the results are not always as good, and the flavor is not always as neutral as aquafaba from chickpeas.

Market research firm Datassential reports that aquafaba is found most commonly on fine-dining menus as it is still considered by them to be an innovative ingredient in the Inception stage.

Learn more about this Flavor of the Week and get some inspiration from one restaurant using aquafaba in a dish.