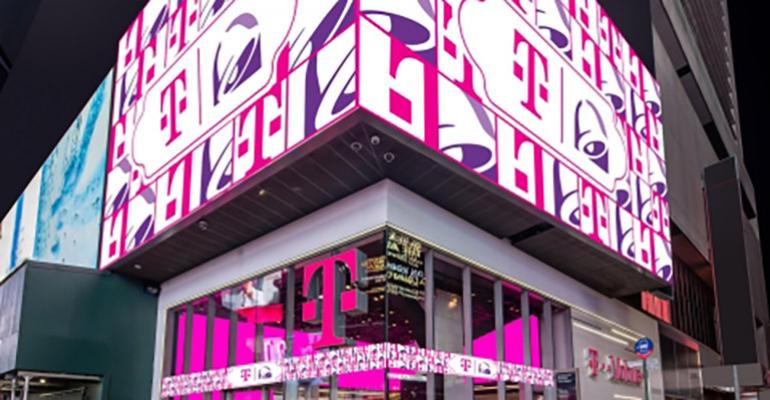 As Taco Bell prepares to open a themed pop-up hotel in Southern California later this month, the chain has announced another brand overlay through a partnership with T-Mobile US Inc.

Earlier this year, the Irvine, Calif.-based chain joined T-Mobile Tuesdays, a weekly giveaway event launched by the wireless carrier in 2016. It includes freebies from various retail and food brands. Taco Bell added a free taco on T-Mobile Tuesdays, leading to more than 14 million tacos given out since the promotion started.

Related: Taco Bell to charge at least $169 a night for themed hotel

Now, the two brands are turning the digital promotion into a brick-and-mortar reality with the creation of co-branded “T-MoBell” stores in Chicago, Los Angeles and New York.

The T-MoBell stores, opening later this month, will offer free tacos, an exclusive white cherry T-MoBell Freeze drink and co-branded merchandise such as taco-themed socks and a co-branded stick-on wallets that attach to the back of mobile phones.

“People love tacos. And they love their phones,” said John Legere, T-Mobile CEO, in a statement. “T-MoBell is the ultimate fusion of those two loves, and we can’t wait to show everyone what we’ve cooked up.”

When T-Mobile and Taco Bell partnered earlier this year for the T-Mobile Tuesdays promotion, Marisa Thalberg, Taco Bell’s global chief brand officer, said the two brands pair well.  “We were just waiting for the perfect opportunity to make a partnership come to life, in a way that befits what our fans expect from us both,” she said.

The co-branded T-Mobile and Taco Bell stores will be open for three days, July 23-25.

Reservations for the four-night pop-up experience, which starts Aug. 8, sold out in two minutes.