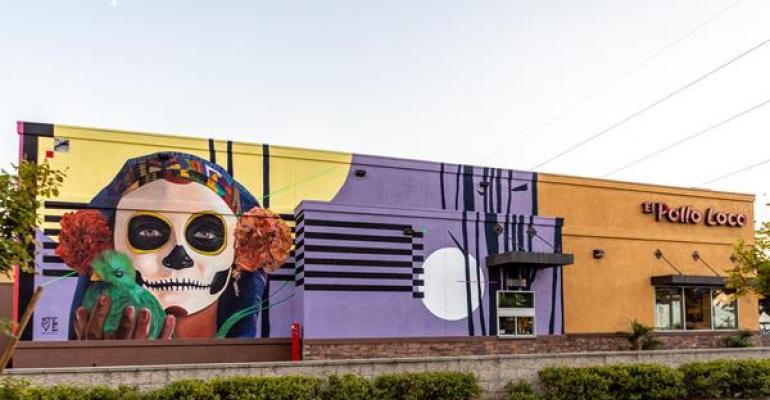 Staffing challenges took a 5-6 percentage-point bite out of El Pollo Loco’s fourth quarter same-store sales, but interim CEO Larry Roberts said the company is striving to turn that around by creating an environment where people want to work.

In a release of preliminary earnings ahead of the annual ICR Conference presentation, the Costa Mesa, Calif.-based chain said staffing has been a challenge — in part because of workers out sick or quarantining in this latest Omicron wave— which has forced a reduction in operating hours and sales channels, negatively impacting same-store sales.

Roberts, also chief financial officer who stepped in after the resignation of Bernard Acoca in October, said during the presentation that the company has stepped back a bit from its acceleration plan to focus on staffing.

Roberts said solutions include looking at recruitment and pay levels, but also creating a culture around recognition and team member development, offering incentives for taking on new roles — and even providing snacks.

“We were working on that pre-COVID, but we just lost track of that, quite frankly,” he said. “To be competitive, you have to create a work environment where people want to work.”

Related to that, the company is also looking at ways to build in more efficiency, such as simplifying cooking processes or bringing in new equipment. El Pollo Loco is a fresh-food concept that officials like to describe as “QSR Plus,” so the menu is a bit more complicated than traditional quick-service concepts.

Because of staffing challenges, drive-thru times have increased he said. El Pollo Loco’s drive-thru business accounts for about 40% of sales, which Roberts said the chain can grow once staffing problems are solved.

“That’s a big focal point and we’re confident we’ll maintain and even build upon our drive-thru business,” he said.

In addition, the chain is making a bigger investment in social media and digital marketing, though Roberts said television advertising would remain about 40-50% of the marketing mix. The brand has been targeting Hispanic consumers to boost frequency among heavy users. But Roberts sees an opportunity with a broader audience of young Millennials who are looking for healthful offerings.

With about 480 company and franchised units in Arizona, California, Nevada, Texas, Utah and Louisiana, El Pollo Loco is looking to grow into new markets — a move that didn’t go terribly well in 2014 when the chain attempted to open new company units.

This time around, franchisees are leading that new-market growth and operators in places like Salt Lake City and Tucson are seeing strong results, he said. Now even company-owned markets like Houston are improving.

“We’re making money in Houston right now,” he said. “So, again, not all where we need to be, but we are seeing improvements and a lot of that is just getting much better around operations and making sure when consumers come in, we’re giving them a great product and great service.”