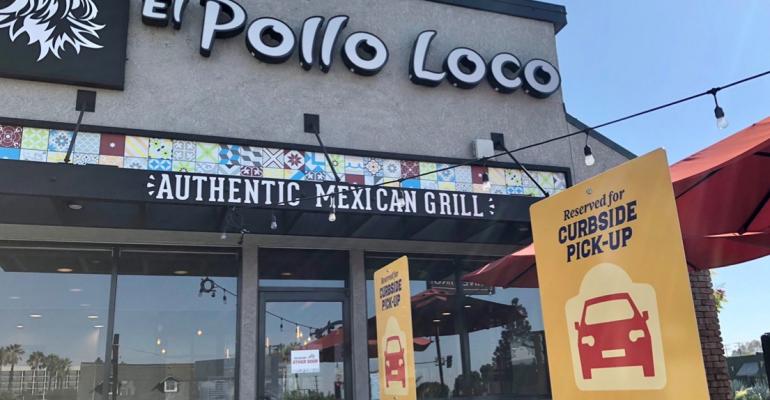 Nancy Luna
El Pollo Loco has been testing curbside pickup, which uses geo-fencing tech via a new and improved app, at 21 restaurants including this store in Costa Mesa, Calif. The company plans a national launch later this month.
News>Quick Service

The brand’s revamped app includes a new best in class rewards system; later this month, one-touch curbside pickup rolls out a year ahead of schedule as the chain eyes new off-premise solutions including the virtual kitchen space

When digital vice president Andy Rebhun started at El Pollo Loco nearly a year ago, he penciled in contactless curbside pickup as a 2021 brand goal.

That pre-pandemic strategy got thrown out the door as the Costa Mesa-based quick service chain realized their consumers needed a new way to safely pick up orders now -- not months later. That led to an intensive upgrade of its digital channels that condensed months of work into six weeks. 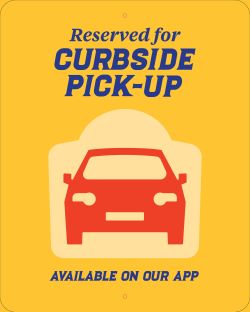 The company began testing the new curbside feature a few weeks ago at 21 restaurants. After smoothing out the kinks, the 475-unit chain plans to roll out curbside pickup to the rest of the system on Sept. 28, an extreme acceleration of the company's original plan.

“It was mind boggling,” Rebhun said.

Related: Off-premise: The rise of contactless ordering and curbside pickup amid COVID-19 offer keys to survival

Many restaurants chains, from casual dining to quick-service, have been adding curbside service during the pandemic. But many restaurants still require consumers to call the restaurant once you’re in the parking lot. Depending on how busy the restaurant is, customers might have to wait a long time before getting their order.

At El Pollo Loco, consumers who opt-in to the location-based programming can communicate with the store via the app which uses geo-fencing technology. When a customer arrives, employees grab their order and bring it to the car, whose description (make and model) has been pre-populated by the guest during the ordering process.

“The beauty of ours is you just literally push the button that says ‘I’m here’ and that’s it,” Rebhun said.

During the early days of the pandemic, El Pollo Loco saw digital sales triple by pushing large family chicken meals and offering free delivery through the end of the year.

But, the chain is not stopping there.

Last week, the company relaunched its loyalty program, which gives El Pollo Loco the flexibility to offer more tailored promotions based on previous orders. The revamped program also allows consumers multiple ways to log points so they can earn rewards in a shorter time frame.

Prior to the relaunch, customers had to spend about $100 to get a $10 reward. Now, the rewards system is best in class, where customers earn 1 point for every $1 spent. They unlock a $5 reward once they reach 50 points. By comparison, Chipotle Mexican Grill, widely known to have one of the best loyalty programs in the industry, gives its 15 million members 10 points per $1 spent. Freebies are earned at 1,250 points.

“We wanted to do something that would kind of disrupt the industry,” Rebhun said. “And so we officially have the most generous cash awards offer in the QSR industry.” 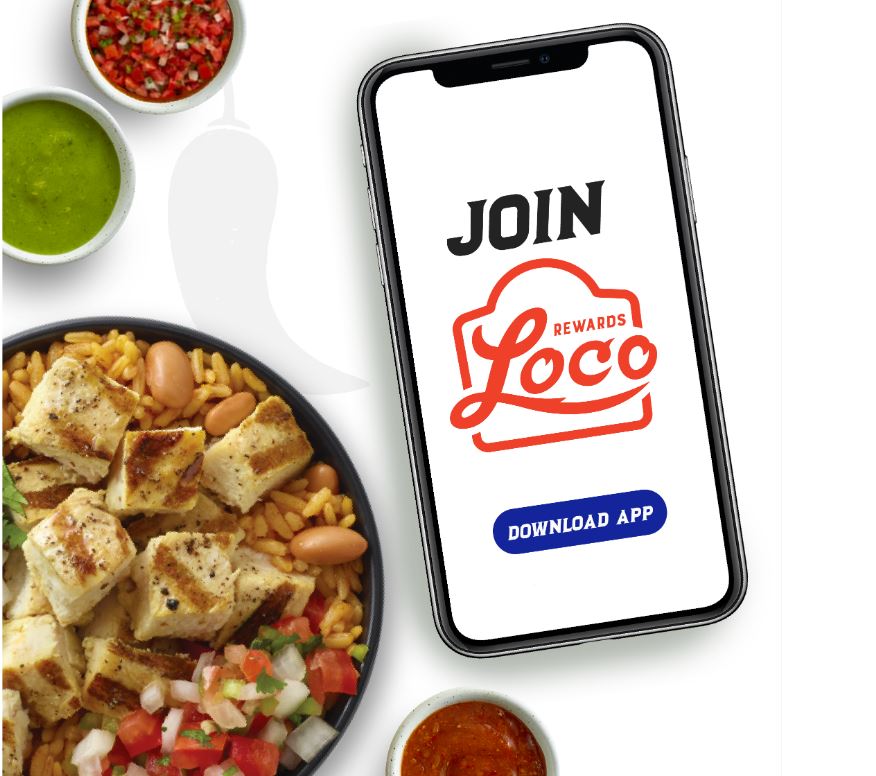 Members will also have opportunities each month to accelerate points through special offers. For example, in September, loyalty users can earn double points when they order the brand's new line of L.A. Mex Burritos. The limited-time burrito line includes keto-friendly, vegan and savory style burritos.

Even before the rewards re-launch, El Pollo Loco has seen membership numbers surge during the pandemic. So far this year, the brand has added 400,000 new users bringing the total to nearly 2 million. That’s a pretty high surge considering the brand launched its app more than three years ago.

“We're on pace to blow away our highest signup numbers that we’ve ever had for the brand,” Rebhun said.

What else is in the works for Rebhun’s digital team?

He was coy, but offered one tease: “We're exploring heavily this whole notion of virtual restaurants and ghost kitchens. As we look to potentially enter new markets, it's definitely a fascinating concept for us. It's something we're really bullish on.”