You’ve heard of Tex-Mex, Cal-Mex and fresh-Mex. Now, get ready for L.A. Mex.

The brand refresh also includes a new yellow logo that replaces the round black and white logo introduced last March under the direction of former CMO Ed Valle. At the time, the Costa Mesa, Calif-based company called the retro logo “the most significant change in its visual identity since 1980.”

Acoca, who started around the same time last year, did not address the logo change during a conference call with investors. The new campaign will be led by CMO Hector A. Muñoz, who started in December.

Acoca said other rebrand changes will include new employee uniforms, new packaging and a new “Feed the Flame” tagline for ad campaigns. The rebranding is part of the company’s plan to differentiate itself from competitors by focusing on families and avoiding the deep discounting currently dominating the quick-service sector.

“We want to own families,” Acoca said during a Thursday afternoon conference call with investors.

El Pollo Loco Holdings Inc. reported systemwide same-store sales growth of 4.4% for the fourth quarter ended Dec. 26, compard with 1.4% for the same period, last year. Acoca said the increase was the company’s best performance since the first quarter of 2015.

Transactions grew 2.3% in the quarter. Company leaders said the results come amid fourth quarter headwinds which included an avocado shortage, wildfires and a nationwide recall of romaine lettuce.

Acoca said he was pleased to see positive same-store sales and traffic without resorting to discounting.

The chain has focused, instead, on bringing value through its family meals.

For example, the chain recently introduced an add-on called “4 Enchiladas for $4.” With the purchase of any family dinner, a customer can add four cheese enchiladas for $4. 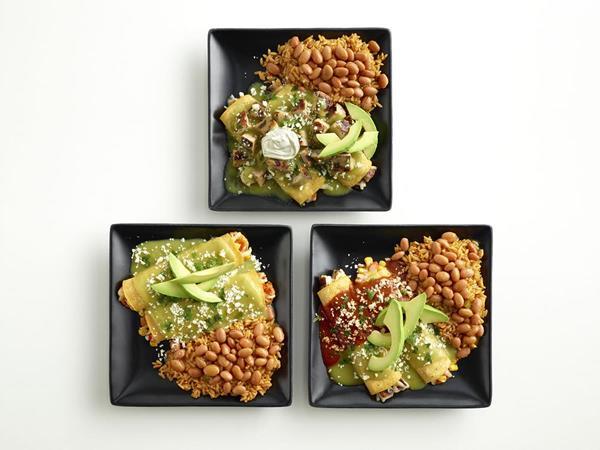 “The new line of flavorful enchilada platters is inspired by the culinary and cultural traditions of El Pollo Loco’s hometown Los Angeles and mom’s home cooking,” the company said.

Other 2019 initiatives include trimming the menu and adding a new back of house management system to streamline operations. The new management software is expected to free up one hour per day for managers, Acoca said. A new bonus program is also being deployed for field and support center employees to help drive sales. The employees are rewarded based on sales, profitability, and customer satisfaction improvement, the CEO said.

On the digital side, the company plans to expand its delivery reach, currently supported by DoorDash, by adding Postmates and Uber Eats. The company is also exploring chatbot ordering through Facebook Messenger and voice activated ordering with Amazon Alexa.

“We believe our transformation agenda has put us on the right track,” Acoca said.

The company closed the year with 484 restaurants. Of those, 271 are franchise locations.