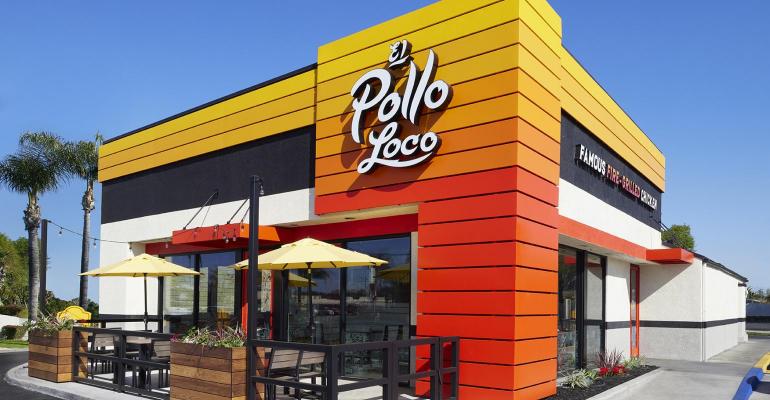 Loco Gifts and Gear products will be available in limited quantities and are expected to sell out fast.
News>Quick Service

Beginning today, members of El Pollo Loco’s Loco Rewards™ program will have early access to Loco Gifts and Gear to shop each artist’s collection of exclusive apparel and gear. The site will open to the general public tonight at midnight.

“At El Pollo Loco, we are incredibly proud of our L.A. Mex heritage, so we wanted to create truly distinct, high-quality merchandise that really captures the ethos and culture of our brand and our community,” said Andy Rebhun, senior vice president of marketing at El Pollo Loco. “We are thrilled to be collaborating with such an incredible group of local artisans for the launch of Loco Gifts and Gear and we think our familia of customers are going to love the exclusive products they’ve designed.”

David Flores
Celebrated skateboard designer and muralist David Flores is widely known for his skate industry logos and geometric depictions of cultural icons. Over the years, he has collaborated with a wide range of brands and organizations, from Stussy and Nike to the Los Angeles Dodgers and The Mexican Consulate. For his Loco Gifts and Gear product line, he has created three skateboards, two trucker hats, two t-shirts, a pair of board shorts and a tote bag.

Rick Massie
Venice Beach native Rick Massie became the first Mexican American professional surfer when he signed with Quiksilver at the age of 18 in 1985 and he’s been a local legend ever since. These days, he operates Massie’s Ding Repair, meticulously repairing and crafting surfboards in the backyard of his Venice home. Massie has teamed up with El Pollo Loco to create a hand-shaped special-edition, fishtail-style surfboard, as well as a custom t-shirt, board shorts, trucker hat and tote bag.

Manny Silva
Mexican-born Manny Silva, a.k.a., "the godfather of lowriders," has been building custom bikes in his Compton shop since 1973. His famed lowriders are known for their tooled handlebars, detailed spokes, specialized insignia and designer seats. Now, Silva has designed a custom El Pollo Loco lowrider bike for Loco Gifts and Gear as well as custom shirts, hoodie and trucker hat.

About El Pollo Loco
El Pollo Loco (Nasdaq:LOCO) is the nation’s leading fire-grilled chicken restaurant with a mission to bring people together around food, family, and culture in the communities it serves. El Pollo Loco is renowned for its handcrafted L.A. Mex food, an innovative blend of traditional Mexican cuisine and better-for-you eating, that Los Angeles is known for. Since 1980, El Pollo Loco has successfully opened and maintained more than 480 company-owned and franchised restaurants in Arizona, California, Nevada, Texas, Utah, and Louisiana while remaining true to its Mexican-American heritage. El Pollo Loco continues to grow and evolve, nourishing connections to tradition, culture, and one another through fire-grilled goodness that makes us feel like familia. For more information, visit us at ElPolloLoco.com.