With transactions down at Del Taco, the Mexican fast-food chain plans to increase visits with targeted marketing through its newly relaunched app, expanded delivery partnerships and value box offerings, the company said during its fourth quarter earnings call.

Since redeploying its app in November, the company has logged 400,000 registered users. The app allows the company to collect ordering patterns that can be used to target consumers with specific promotions.

“We are giving these folks reasons to come back to Del Taco on a weekly basis,” CEO John D. Cappasola Jr. told investors during a Monday afternoon conference call.

The Lake Forest, Calif.-based quick-service company also announced plans to expand its test of plant-based tacos in April. The $2.49 tacos are made with seasoned, plant-based crumbles from Beyond Meat that resembles ground beef. The chain will have two choices, Beyond Avocado Taco (vegan) and Beyond Taco. However, the Beyond Meat crumbles can be substituted for proteins on other menu items such as burritos.

The company will become one of several QSR chains such as Carl’s Jr. and White Castle adding plant-based foods to their menu through leading suppliers Beyond Meat and Impossible Foods. 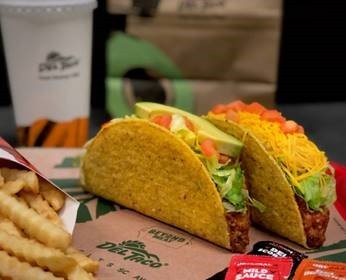 Cappasola said the chain has received “terrific” response for the plant-based tacos in locations testing the items in Southern California and Oklahoma. He said the goal is to attract lapsed or new customers with the Beyond Meat tacos.

“The consumer opportunity is immense and exciting,” he said. “There is no one else doing it in our category at the price point that we're about to offer.”

The recent introduction of “Fresh Fave Box Meals,” priced at $4, $5 and $6, is also expected to drive traffic in 2019. The boxes, which are common at rival chains such as Taco Bell, were created to meet growing consumer demand for “abundant value,” Cappasola said. 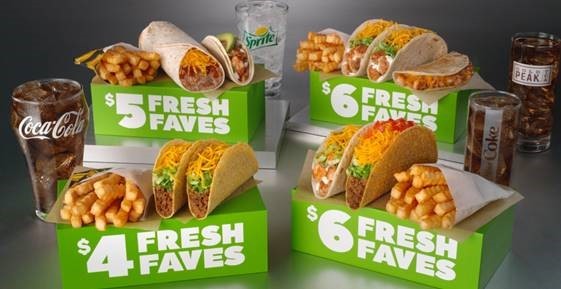 The CEO also reiterated the chain’s refranchising effort, which was first announced in January at the annual ICR Conference in Orlando, Fla. The company said it intends to shift its franchise mix from 45% of total units to 55% by 2020.

The company is looking to sell to existing franchisees as well as new operators.

Following the recent launch of delivery with Grubhub at company stores, Cappasola said the chain plans to expand its reach through partnerships with Postmates and DoorDash.

The company said the economics work because they’re using “premium pricing” with delivery to make up for the third-party fees.

In tests, “we found that at a reasonable level, the consumer is willing to pay for it,” Cappasola said.

Systemwide same store sales at Del Taco increased 1.9% for fourth quarter ended Jan. 1, 2019, compared to a 2.4% increase last year, same period. It marked the 21st consecutive quarter of same-store sales gains for the company, which closed the year with 580 restaurants.