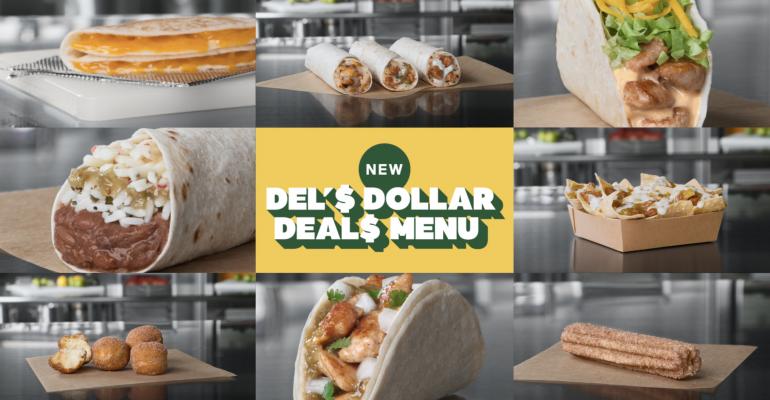 On Thursday, Del Taco is replacing its 7-year-old Buck & Under menu with Del’s Dollar Deals Menu, a mix of 15 new and classic menu items designed to give consumers more innovative flavors at a slightly better value.

The Buck & Under menu, first introduced in 2013, featured about a dozen items ranging in price from 79 cents to $1. Items on the new Del’s value menu range from 69 cents to $1. Five items were developed for the reimagined menu, created to remind guests of Del Taco’s unbeatable value, said Noah Chillingworth, Del Taco’s vice president of marketing. 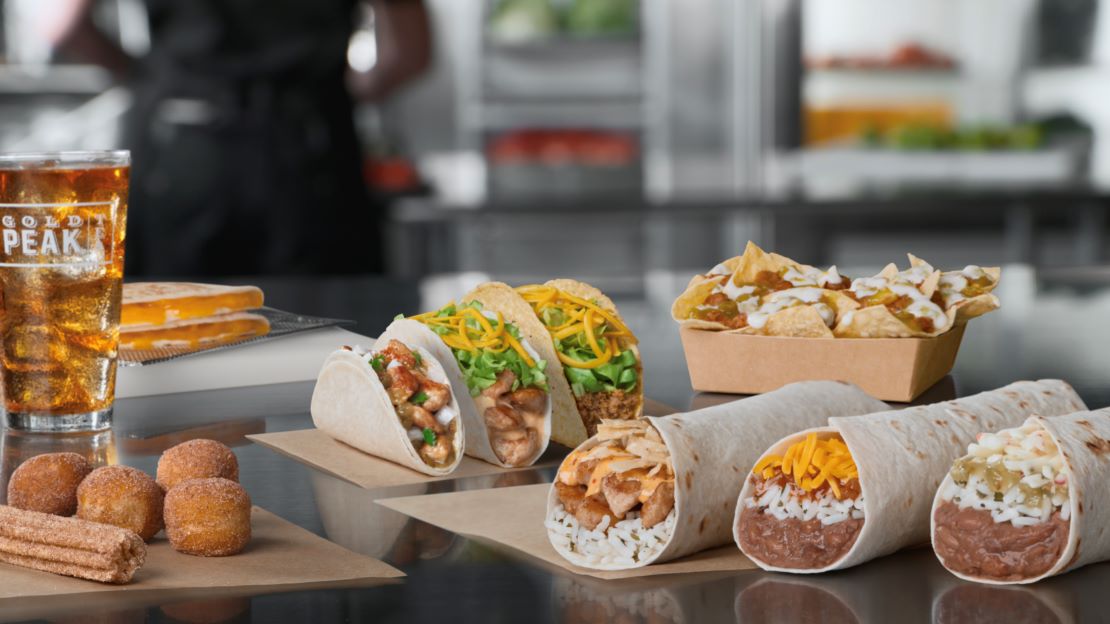 The new dollar items are a Chicken Crunch Burrito, a Chicken Al Carbon street-style taco, a Habanero Grilled Chicken Taco, Del’s BRC Burrito and a personal-size 3 Layer Queso Nachos. Some items are moving off the revamped value menu but can still be ordered, including the 89-cent bean and cheese cup and the Chicken Quesadilla Snacker. The latter is now priced at $1.09, and can be found in the quesadilla section of the main menu, Chillingworth said.

Albertine said the rebranded value menu focuses on “sexier” menu items that are protein heavy and full of flavor.

It’s about “trips to the lips” value, she said. “Consumers want heft.”

The new value menu was first mentioned two weeks ago by CEO John Cappasola at the ICR Conference in Orlando. Cappasola said the quick service chain would be eliminating its Buck & Under and Buck & Change menus. The latter, introduced in 2018, featured select value items that cost more than $1.

But it was not well received by consumers. That, along with lack of innovation in the Buck & Under menu, has led to a downturn in transactions and same-store sales, the CEO said.

“We didn’t have quite the year we’ve come to expect,” Cappasola said during a fireside chat with investors at ICR.

“We’re going to have a relentless focus on initiatives that really have a clear purpose and that’s driving transactions and same store sales,” Cappasola said. 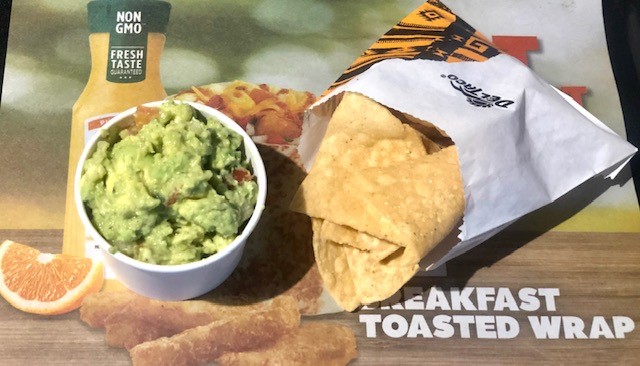 Del Taco plans to add fresh guacamole to the menu later this year.

Though the brand is focusing on dollar deals to compete with rivals such as Taco Bell, Albertine said her team is not turning its back on culinary innovation designed to match fast casual players like Chipotle Mexican Grill.

In 2016, Del Taco added sliced avocados for its Epic burritos, so making fresh guacamole “is a natural progression for us,” Albertine said.

Del Taco is giving away one of the new menu items each Wednesday in February with purchase of another item. Customers can find a coupon for the free item on the Del Taco app. (Note: Value menu items ordered for delivery are subject to premium pricing, Del Taco said.)

Del Taco has more than 580 restaurants in 15 states.