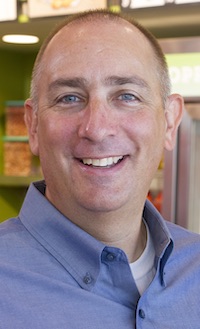 The Lake Forest, Calif.-based quick-service Mexican brand said Gretzema has been with Del Taco for seven years, most recently serving as senior vice president for strategic planning and innovation.

“Chad has been a key architect of many of our strategic combined solutions operational improvement efforts and is a trusted partner within the organization who knows how to help teams deliver superior results,” said John Cappasola, Jr., Del Taco’s president and CEO, in a statement.

“He has also been a passionate voice, ensuring strong cross-functional franchise support and enabling our franchise partners to successfully grow their businesses,” Cappasola said. The new COO role “will further our focus on great four-wall operations,” he said.

In the most recent Nation’s Restaurant News Top 200 census, Del Taco ranked No. 67 among brands in U.S. systemwide sales, with $817.8 million for the fiscal year ended in December.