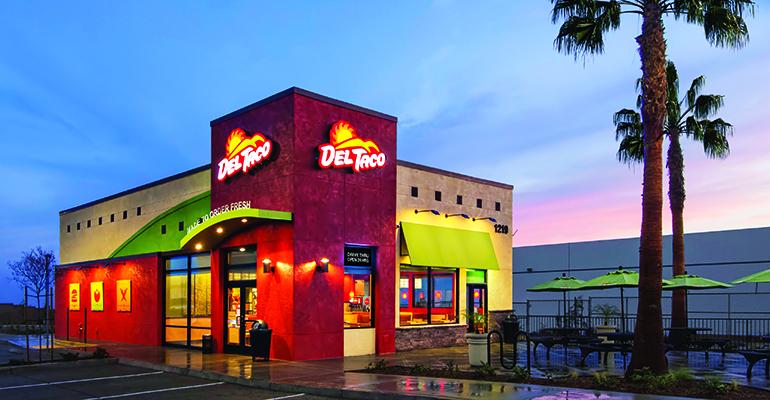 Del Taco held on to its positive same-store sales streak, but barely as the fast-food chain was challenged by soft sales at company operated stores.

The brand said same-store sales were dragged down, in part, by 2.6 percent drop in transactions. The introduction of $1 Chicken Quesadilla Snacker broke records but it “did not support check or transaction trends.”

During the third quarter, the company pivoted its marketing away from its Buck and Under Menu. Instead, the chain is focusing on showcasing mid-tier and premium items such as Epic burritos.

The introduction of protein limited-time offer Shredded Beef, which hasn’t been on the menu since 2012, is helping check averages going into the 4th quarter, the company said.

The company adjusted its fiscal year 2018 guidance for same-store sales to roughly 3 percent. The previous guidance was 2 percent to 4 percent.  Total revenue guidance was reduced to between $504 million and $507 million, compared to $506 to $516 million.

In November, Del Taco is launching delivery through Grubhub in the Los Angeles market. In 2019, the company will expand delivery systemwide by tapping the other third-party leaders, Postmates and DoorDash.

The company said access to the brand through delivery should drive frequency without eroding margins.

After testing delivery in other markets, Del Taco said they plan to implement premium pricing on its delivery menu to offset commissions paid to delivery operators. During the pilot phase of delivery, the company said they learned that consumers had low sensitivity to higher menu prices.

Del Taco closed the quarter with 567 restaurants. Of the 17 restaurants currently under construction, 13 to 16 are expected to open by end of the fiscal year.

Total revenue increased 6.2 percent to $117.8 million for the quarter. The company reported net income of $5.9 million, up from $5.1 million from the same quarter last year.