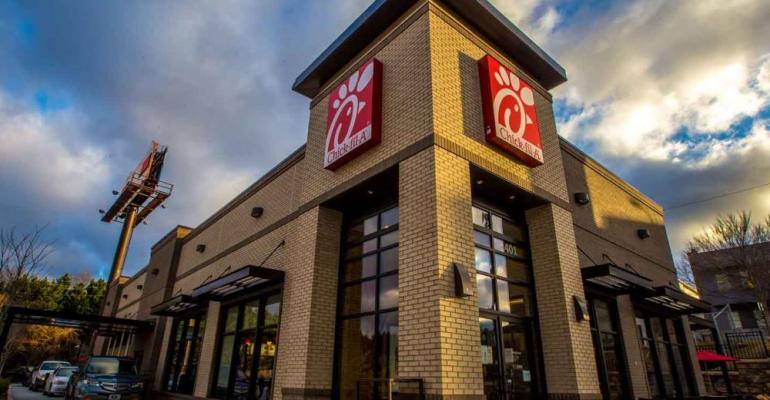 Atlanta-based quick-service restaurant chain Chick-fil-A is entering the world of robot deliveries. On Tuesday, Kiwibot announced a new partnership with the company to test semi-autonomous robotic delivery with four-wheeled rovers in select cities across Southern California.

Los Angeles-based Kiwibot will be serving Chick-fil-A customers in Santa Monica with the newest version of its robots, which are semi-autonomous — humans operate them remotely, but the rovers are equipped to complete some commands on their own. These robots are meant to enhance interactions between robots and humans as well as “detect people, traffic lights, vehicles, and take decisions in path planning and obstacle avoidance,” according to the company.

The average delivery takes 30 minutes and costs $1.99, according to Kiwibot, making it a cheaper alternative to traditional third-party delivery. It also doesn’t use gas, making it an eco-friendly alternative to services that utilize cars.

Chick-fil-A was part of an early pilot in 2020 with Kiwibot that helped the company evaluate customer interaction with the robots before the official launch on April 13. To date, Kiwibot has performed 150,000 food deliveries between Chick-fil-A’s tests and those with partner Shopify since its founding in 2017.

Chick-fil-A did not respond to a request for comment.

The chicken brand joins fellow quick-service brand Domino’s in entering the world of robotic delivery. The pizza chain this week announced a partnership with artificial intelligence robot company Nuro, less than one month after Chipotle invested in that company.

Chick-fil-A’s self-reported 2020 sales were $4.3 billion, a 13% increase year-over-year from 2019, according to the chain’s annual Franchise Disclosure Document filed by the company on April 8.