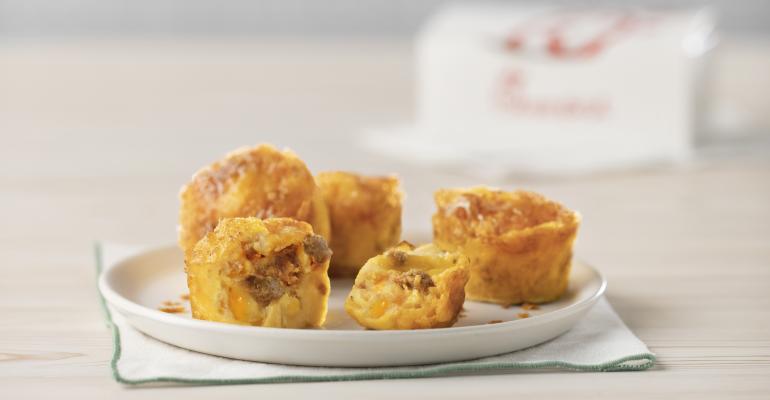 Atlanta-based Chick-fil-A is testing its first new breakfast item since 2017’s Hash Brown Scramble Bowl: Chorizo Cheddar Egg Bites. The chain announced on Monday that the new item would be available for a limited time at select locations starting August 22.

Each order includes four egg bites made with whole eggs, Mexican-style chorizo sausage, and a blend of cheddar and Monterey Jack cheeses.

“As summer ends and the back-to-school morning routine begins, we wanted to offer our customers a new protein-packed entrée that keeps them satisfied when they’re on-the-go without sacrificing taste,” said Leslie Neslage, director of menu and packaging at Chick-fil-A, Inc., in a release. “Our guests are asking for more bite-sized, shareable breakfast options, and we look forward to hearing what they think about our limited-time Chorizo Cheddar Egg Bites test.”

Guest feedback will help determine if the new breakfast bites will be featured on menus nationwide in the future, according to the company.