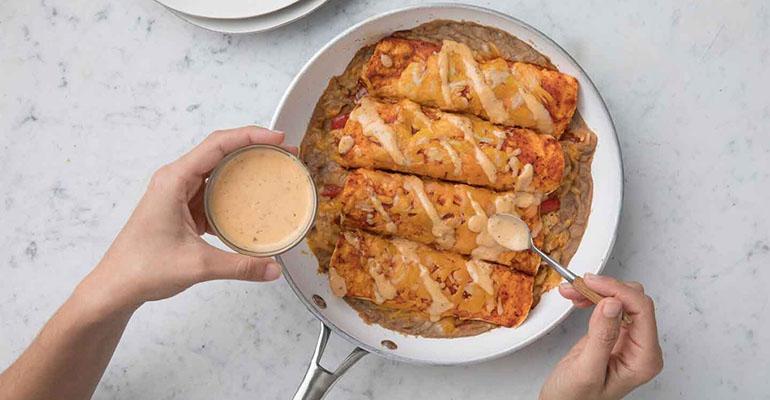 “Mealtime Kits” initially will be available only in restaurants at the chicken chain’s Atlanta hometown market through Nov. 17, the company said in an announcement. The kit of pre-measured ingredients, which yield a full meal within 30 minutes, will be priced at $15.89.

Customers across the nation can post a request for the Mealtime Kits service at a special Chick-fil-A website. “Customer feedback on the test will help the restaurant company decide whether to roll out the concept nationwide,” Chick-fil-A said.

“We know our guests are busier than ever and need a variety of convenient dinner options,” said Michael Patrick, who oversees Chick-fil-A’s innovation and new ventures, in a statement. “We’re excited to offer Mealtime Kits as a new way for us to serve our guests by providing fresh ingredients to enjoy a delicious meal at home.”

The test will include five meal-kit recipes: chicken Parmesan, chicken enchiladas, Dijon chicken, pan-roasted chicken and chicken flatbread. Two of the five recipes will be available at a given time. 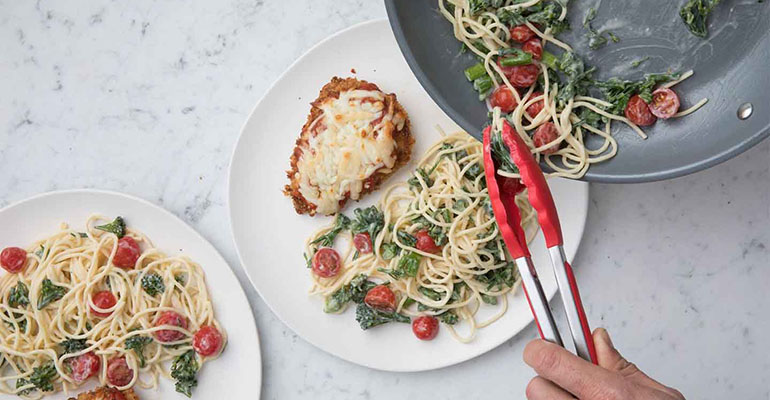 “We designed our offering so our guests don’t have to order ahead, subscribe to a service or make an extra stop at the grocery store,” Patrick said.

“They simply pick up a Mealtime Kit at one of our restaurants at their convenience — for example, when they’re already at a Chick-fil-A restaurant grabbing breakfast or lunch or in the drive-thru on their way home.”

Chick-fil-A is conducting its test as some meal-kit delivery companies have faced challenges. New York-based Blue Apron, for example, has struggled to make a profit and announced in the spring that it would make its kits available in supermarkets.

Chick-fil-A said development of its Mealtime Kits recipes included Stuart Tracy, who joined the company as corporate chef last fall from his role as executive chef at Parish restaurant in the Inman Park neighborhood in Atlanta. 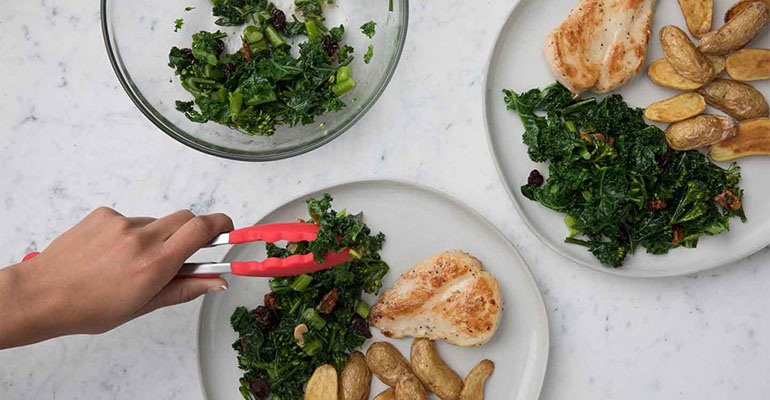 Each kit has a “use-by” date and can be refrigerated at home for several days, depending on when it was purchased. Chicken in the kits is also trimmed and marinated.

In Nation’s Restaurant News recent Top 200 census, Chick-fil-A moved from No. 8 to No. 7 among brands in U.S. systemwide sales, slipping past Dunkin’ Donuts, with its $9 billion in sales in 2017 rising 13.7 percent from the preceding year. Unit count grew 7.2 percent as the chain opened a net 149 locations in the Latest Year, giving it a total of 2,234 restaurants.

Chick-fil-A now has more than 2,300 restaurants in 47 states and Washington, D.C.