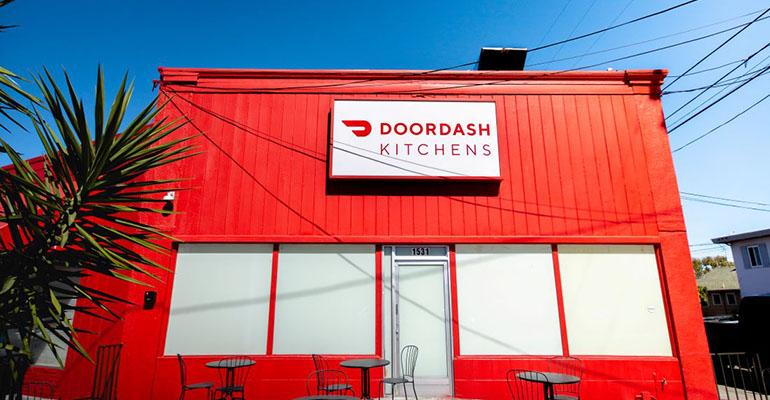 DoorDash, which recently launched its first shared ghost kitchen in Northern California, has snagged a national brand for the commissary space: Chick-fil-A.

The Atlanta-based quick-service chain began delivering its classic chicken sandwiches from DoorDash Kitchens earlier this month. The rent-a-kitchen facility in Redwood City, Calif. is designed for restaurant brands looking to expand their off-premise sales in the Silicon Valley without opening a physical restaurant in the pricey region. 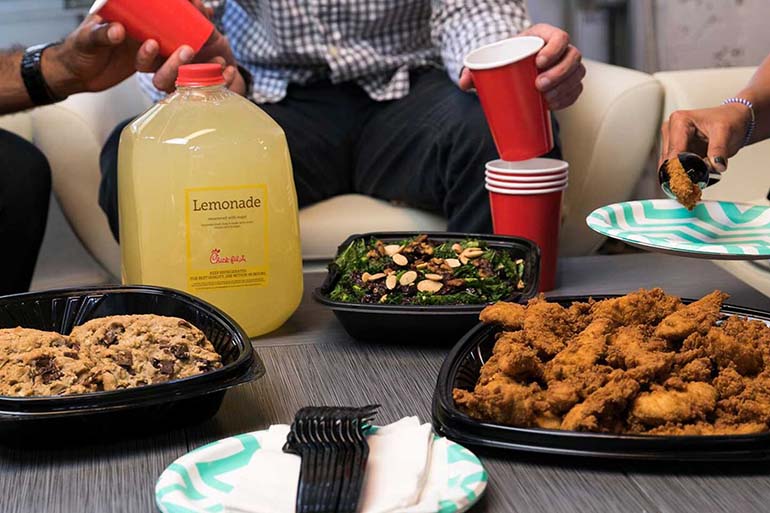 Luke Pipkin, senior project lead on Chick-fil-A’s Beyond the Restaurant team, said operating out of DoorDash Kitchens is part of a brand initiative to provide more convenience to its customers.

"We're continually looking for innovative ways to make the brand more accessible and have been piloting various concepts with food delivery services nationwide since 2018,” he told Nation’s Restaurant News in a statement. “We're excited to continue our partnership with DoorDash by joining its first delivery-focused kitchen and look forward to serving even more guests in the Bay Area.”

The partnership comes a year after Chick-fil-A, the third largest restaurant chain in the U.S. in terms of sales, tapped DoorDash for nationwide delivery. The San Francisco-based delivery company said Chick-fil-A has become one of the firm's most popular brands. The top two favorite delivery items are the classic chicken sandwich and the spicy chicken sandwich.

Nation’s Giant Hamburgers, Rooster & Rice, Humphry Slocombe and The Halal Guys launched delivery and pick up only services from the 5,000-square-foot facility in mid-October.

Chick-fil-A is only offering delivery, for now. The full menu is available during regular Chick-fil-A hours, six days a week.

So far, the brand is “performing incredibly well in the kitchen,” which was designed to meet the brand’s needs, DoorDash said.

“The demand from DoorDash Kitchens' restaurants has exceeded our highest expectations, and we're thrilled to have another customer favorite enter the space,” Fuad Hannon, head of new business verticals at DoorDash, said in a statement. “This new endeavor with Chick-fil-A is a testament to our strong partnership and joint enthusiasm to find new, innovative ways to reach more customers where they are."

DoorDash, founded in a Stanford dorm room in 2013, said the shared kitchen is a test to see if more facilities could be possible in the future. The U.S. market leader in delivery said Chick-fil-A is a “world class” operator that DoorDash can learn from.

“Their innovation team is willing to test and try new store formats and delivery concepts, which made them ideal partners,” DoorDash said.

Chick-fil-A, which operates more than 2,400 restaurants in the U.S., has been experimenting with a variety of on-demand ordering channels to boost both off-premise and dine-in sales.

About 20 locations in seven states, including Colorado and Texas, have also been experimenting with a butler-style button called Kallpod. The call service allows dine-in customers to order more food after they’ve paid for their initial order at the counter by pressing a call button. The system alerts a staffer who can take a customer’s order from the table. 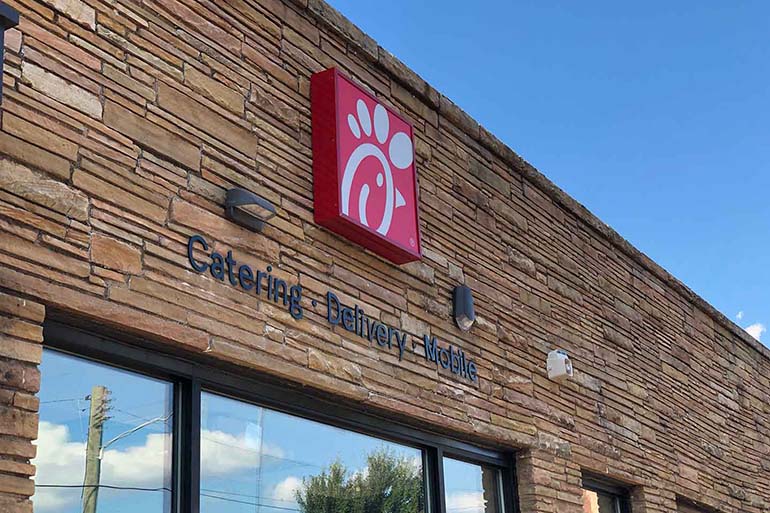 In October 2018, Chick-fil-A opened two delivery only units in Nashville, Tenn., and Louisville, Ky. to test growing demand for carryout and delivery. Those operations are brick and mortar storefronts with no dining room or drive-thru. The operation inside DoorDash Kitchens is different because the chain is renting kitchen space, instead of building its own restaurant.

DoorDash Kitchens is part of a growing network of rent-a-kitchen facilities popping up across the country such as Kitchen United, Zuul Kitchens and Cloud Kitchens.