Taco Bell’s Nacho Fries return to restaurants today – and this time the popular item comes with its own love song by Emmy winner Darren Criss.

The former “Glee” star is the artist behind “Love of My Life” – an original song from Taco Bell’s fake label, Live Más Productions. The song, recorded by Criss under the stage name Zack Collins, is “an ode to love, loss, and treasuring the good times while they’re still available in restaurants,” Taco Bell said. 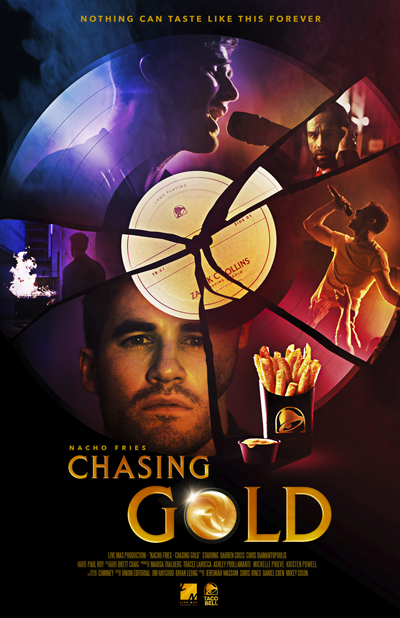 “Lead singer Zack Collins  (Darren Criss)  passionately  sings  about his love for Nacho Fries and the emotional journey that he endures when he realizes that sometimes love, like Nacho Fries, only lasts for a limited time,” Taco Bell said in a tongue-in-cheek press release.

Criss is featured in the fake trailer “Chasing Gold,” where he plays a parking valet discovered singing about his love for Nacho Fries. The song turns into a jingle recorded by Criss.

“The melt of your cheese brought me to my knees,” he sings.

Irvine, Calif.-based Taco Bell said “Chasing Gold” is part of a series of Internet trailers that pay homage to Nacho Fries like Web of Fries I and Web of Fries II.

Marisa Thalberg, Taco Bell’s global chief brand officer and “Live Mas Productions executive,” said in a statement: “We’re excited to bring back such an adored menu item for our fans and, this time, fully immerse ourselves into the music space with ‘Chasing Gold.’ Our fans have come to expect these big budget trailers with every  Nacho  Fries  launch  and  this  time,  we  wanted  to  surprise  them,  adding  a  song  as  good  as  our  Nacho  Fries that they soon won’t be able to forget.”

The seasoned fries, which come with a side of cheese sauce for dipping, first launched on Taco Bell’s now defunct Dollar Cravings menu in late January 2018. 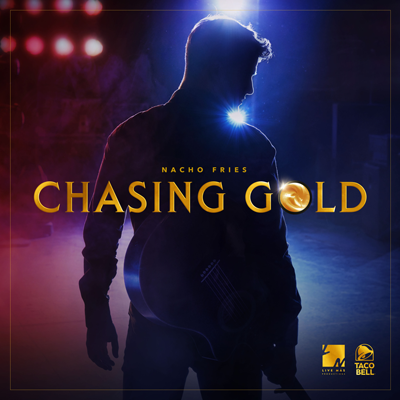 About two months later, the company said the fries had become the most successful new menu item to ever launch on its menu, ousting Doritos Locos Tacos. In the first five weeks, roughly 7,000 Taco Bell restaurants sold more than 53 million Nacho Fries.

This is the fourth time the fries have returned to the menu since January 2018.