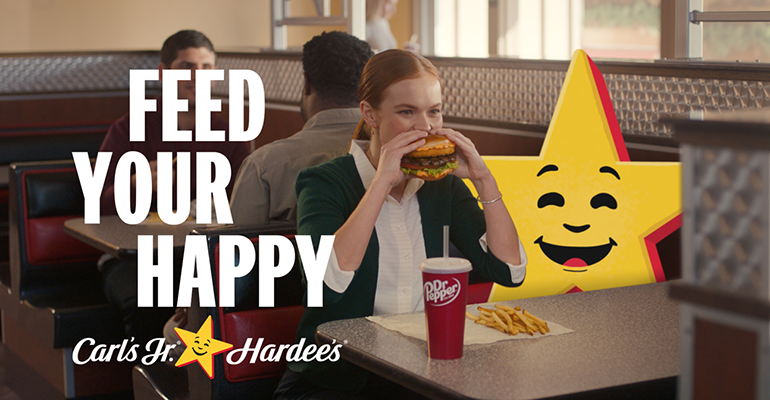 Happy, the yellow, smiling star on logos for Carl's Jr. and Hardee's, appears in the new brands' campaign.
News>Quick Service

Carl's Jr. and Hardee's are back together in a new campaign

Two years after a very public breakup, Carl's Jr. and Hardee's are together in a new ad campaign called "Feed Your Happy" from parent company, Franklin, Tenn.-based CKE. The two brands are united in their dislike for adulting and the mundane.

Carl's Jr. and Hardee's have a storied romance. The brands were thrust into an arranged marriage when parent company CKE acquired Hardee's in 1997. Carl's was the brash bad boy with the burgers. Hardee's was more mild-mannered and came bearing biscuits. They never quite fit, and Hardee's was often overshadowed by its bolder partner. They separated about two years ago. They took some time apart. They found themselves. But they discovered they're not so different. Now, they're back together on their own terms. Love is complicated, right?

"We've learned a lot these past two years," said Patty Trevino, vice president of brand marketing at CKE. The rationale for combining forces was based on both passion and pragmatism, she said.

"When you start separating brands you start to identify what distinguishes them and separates them, and that sometimes leads into building stereotypes," said Trevino. Carl's locations tend to be in the west and in cities, while Hardee's are mainly in the Southern and Midwestern states. Not quite red and blue states, but close. There’s enough division in the country; Trevino wants to bring both sides together.

"Uniting the brands into one campaign really was about amplifying our voice and making it loud enough to break through some of the clutter out there," Trevino said.

CKE worked with the Brooklyn-based team advertising agency 72andSunny. The theme of the campaign is adulting or the escape of mundane grownup tasks. It's something almost anyone could relate to, including the Carl's and Hardee's audience, said Trevino.

"This isn't necessarily a new insight, but something that we identified that was really important to who we are. We create these delicious burgers to create an escape. So that's one piece. The other side of it is we're always competing with bigger brands that have icons. And we started to talk to agencies about what our biggest opportunities was, which was the icon that was sitting on our logo for both Carl's Jr and Hardee's," said Trevinio.

That icon is Happy, the yellow, smiling star on both logos.

"I can't wait for everyone to see how his personality is going to come to life in these,”  she said. 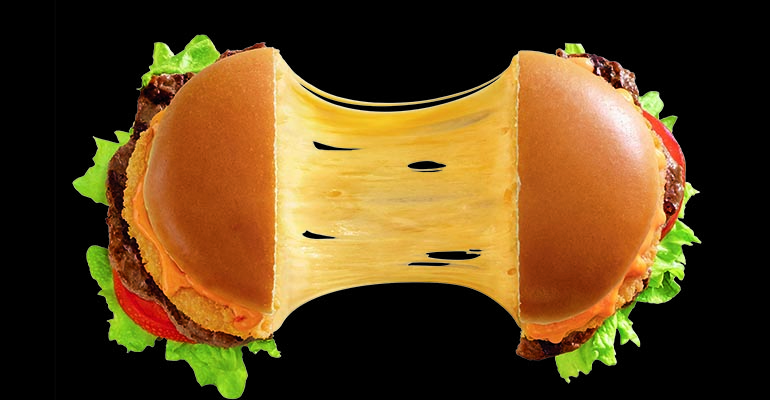 Happy's a little mischievous, like when he encourages workers to leave a meeting to get a burger. In another ad Happy is suggesting a burger after a 12-hour day, not a boring protein bar. Naturally, the campaign also is timed with a new burger—the Big Fried Cheese. It's a burger topped with a crispy fried disc of fried cheese and boom-boom sauce, which Trevino describes as similar to spicy mayo.

The campaign will include tv ads, radio spots, and digital and social promotion. Happy will be the voice of the brands’ Twitter handles. Some of the promotions will be local and feature items that are associated more with a certain brand, like breakfast for Hardee's, said Trevino. But mostly the campaign is about cheekily fighting adulthood and doing it together.

"I think there's always a story about uniting instead of separating," Trevino said.