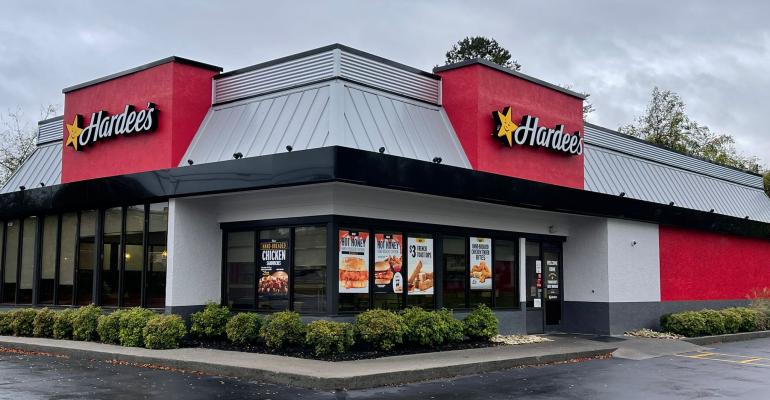 Chief global development officer Matthew Walls said that about 95% of franchisees have committed to the renovations, which were introduced to them in December, adding that he expected to have 100% buy-in “very soon.”
News>Quick Service

CKE Restaurant Holdings, the parent company of quick-service brands Carl’s Jr. and Hardee’s, has announced a systemwide plan to overhaul their restaurants, including extensive remodeling that will involve some $500 million in investments.

The Franklin, Tenn.-based company said it will spend $60 million on what it is calling a “brand transformation” that will include new digital menu boards at the drive-thrus and dining rooms, new equipment, streamlined menus and new equipment to make the restaurants more efficient and employees’ jobs easier. The remainder of the spending will come from franchisees, whose restaurants make up 94% of the two brands’ locations.

Chief global development officer Matthew Walls said that about 95% of franchisees have committed to the renovations, which were introduced to them in December, adding that he expected to have 100% buy-in “very soon.”

“There’s this true passion around us reimaging our brand rather than [just] remodeling our stores,” Walls said.

He said he expects renovations at 500 locations to be carried out within the next 12 months, including 80% of company-owned restaurants. That includes new signage, brand statement elements, lighting, bathrooms, subway tiling, parking lots, tables and chairs as well as the new menu boards. 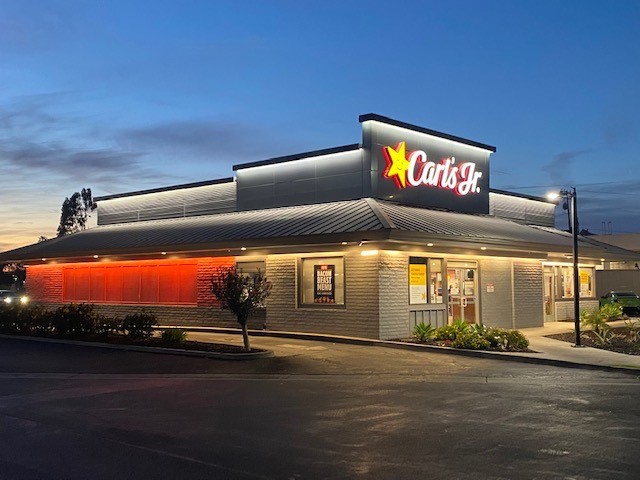 The renovations were first carried out two years ago at Hardee’s locations in Columbia, S.C., which at the time was an underperforming market. Walls said the restaurants there now outpace the rest of the system “by double digits.”

He added that Knoxville, Tenn., which finished its renovations in December 2021, is already outperforming the system average by around 5%.

Carl’s Jr. restaurants are primarily located in the West, from Colorado to California, and Hardee’s are mostly in the Midwest and Southeast. 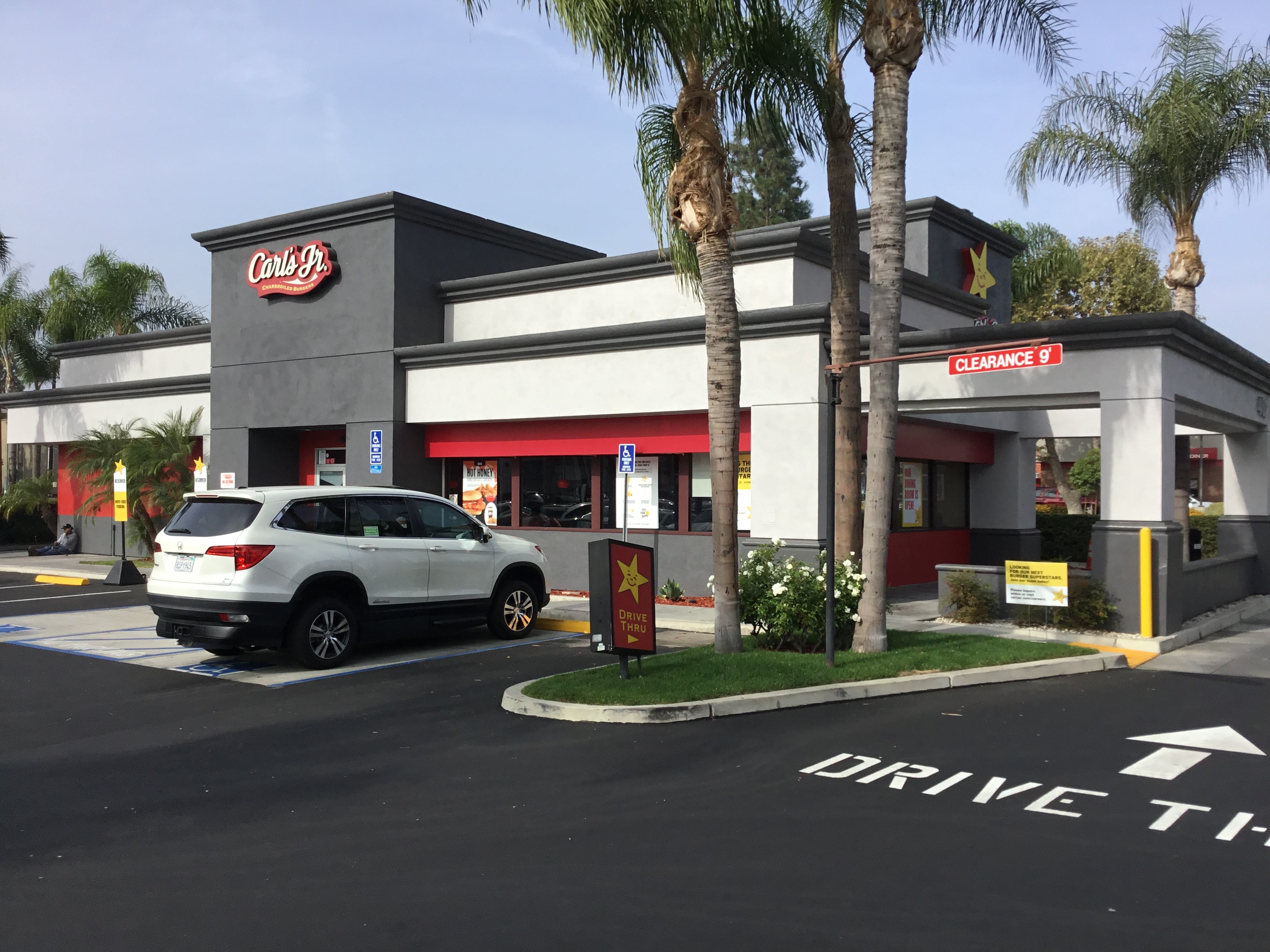 By carrying out the changes in a diverse set of markets, “we can quickly learn what the net effect is on markets that have different concentrations of stores and different demographics, so we can be nimble, and we can change portions of the program that we think might be best for certain markets,” he said.

Remodeling will begin with the exteriors, because that’s how a growing number of guests are engaging with the brand, Walls said.

“Our guests’ needs have changed dramatically over the last few years and they’re asking us to be quicker at the drive-thru,” he said. “Less of them are coming into the stores to dine with us.”

“As you can imagine with any brand that’s been around as long as ours [Hardee’s is more than 60 years old and Carl’s Jr. celebrated its 80th anniversary last year] there are a number of different styles of buildings out there. So we’re working to bring some uniformity into the actual space design [and] the structure of the exterior with some amendments that will make them feel more similar.” 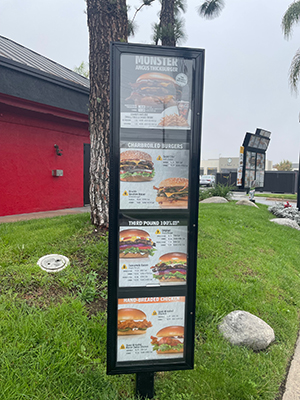 Behind the scenes, Walls said the company has also been testing new equipment that will improve efficiency and make the lives of their team members easier, such as improved oil filtration systems that would require less frequent oil changes — a task that employees dislike and are prone to forget.

He said the company is also testing equipment that will improve speed of service, particularly in the drive-thru lanes, and also allow for simplified back-of-house operations to make both training and day-to-day work easier.

The announcement of the brand transformation comes on the heels of the launch of the company’s new My Rewards loyalty program in March.

Walls said he is particularly interested in technology that will move more ordering out of the hands of employees and into those of guests.

“Customers for years now have become very accustomed to, and actually very astute at, placing their own orders,” he said. “We took the approach of saying customers can’t cook their own Carl’s Jr. burgers or Hardee’s biscuits, but they can place their own order. So if we move the ordering apparatus out to the customer, our folks can take that time they would have spent taking the order and put it into food production — making sure the products are fresh, great tasting and accurate.” 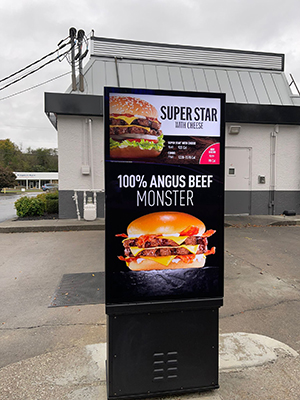 Additionally, both chains are in the process of streamlining their menus.

“We’re taking a look at the ways in which we can further accelerate and bring to life the consistency and that high quality every day,”  Crawford said. “Part of that means taking a look at the breadth of the items that we currently have and have adopted onto the menu over the years.”

He said some slower moving items might be removed, as well as those that are difficult to execute, so employees can “serve and satisfy their guests more consistently.”