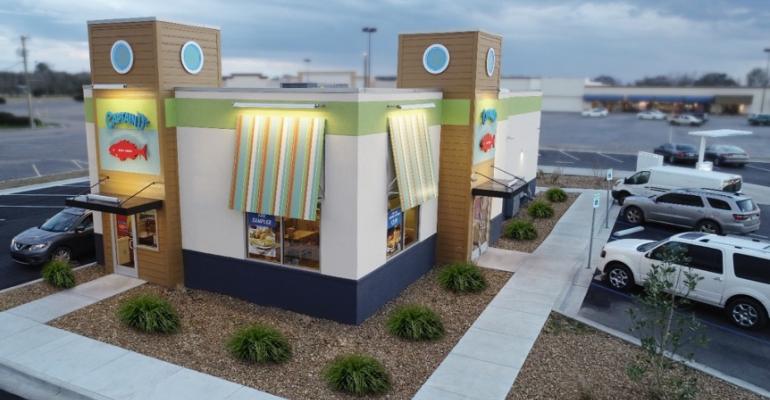 Captain D's
Traditional Captain D's units range from 42 to 62 seats, but the newer options accommodate 22 patrons inside or no dining room at all.
News>Quick Service

Captain D’s, the quick-service seafood restaurant, will open its first Express unit by mid-year 2021, offering a no-dining-room version of the concept that was in the works at least a year before the COVID-19 pandemic.

The Nashville, Tenn.-based Captain D’s, which has more than 530 restaurants, will open the new prototype D’s Express store in the Atlanta area, reducing the footprint from the typical 1,964 square feet to 960 square feet and offering only drive-thru and pickup windows with no seating.

Phil Russo, Captain D's vice president of real estate, said in an interview Thursday that Atlanta-area franchisees Anil Dossani and Ali Dossani expect the Express unit to open in the College Park neighborhood before June 2021. They also have a second Express unit in the works.

With the addition of D’s Express to its design lineup, Captain D’s now has four options for franchisees, ranging from the largest, a 62-seat version for markets where the population is older. The largest format appeals to more dine-in customers.

“When we see the median age [in a market area] go up a bit, we look at the higher-seat building,” Russo said.

The other options include a more traditional 44-seat version that covers 1,964 square feet, excluding walk-in chilled storage, on a 0.6-acre lot and a 22-seat building that covers 1,598 square feet on a half-acre lot. The D’s Express requires a 0.35-acre lot.

Captain D’s has a 22-seat version, also new, under construction in the Posen area of the Chicago market, Russo said.

“The Express units are generally designed for areas with very high population density,” Russo said, “with a lot foot traffic and, maybe, a lot of bus traffic — just where there are a lot of people.”

The Express unit has a drive-thru window on one side for orders and payment and a window on the opposite side for delivery of the food. It offers walk-up windows as well, Russo said. 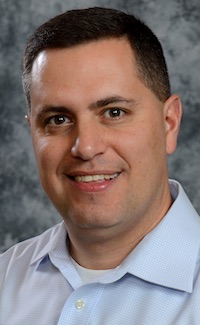 Captain D’s tells potential franchisees the initial investment for a unit is $703,050 for the smaller version to $851,655 for the traditional larger restaurant. The smaller building reduces start-up costs by as much as 32%, the company, and Russo said most of that was reduced construction costs because of the smaller size and less site work than for a traditional restaurant.

“We began working on the Express unit early last year,” Russo said. “It’s coincidence that it came out when it did.” But COVID-19’s impact on increasing drive-thru and carry-out sales made the Express unit a timely addition to Captain D’s offerings.

“The thing we are most proud of is that we are kind of on the front end of this thing,” Russo said. “It seems like a trend now. We feel this interest in the drive-thru business is the wave of the future. We’re prepared for it.”