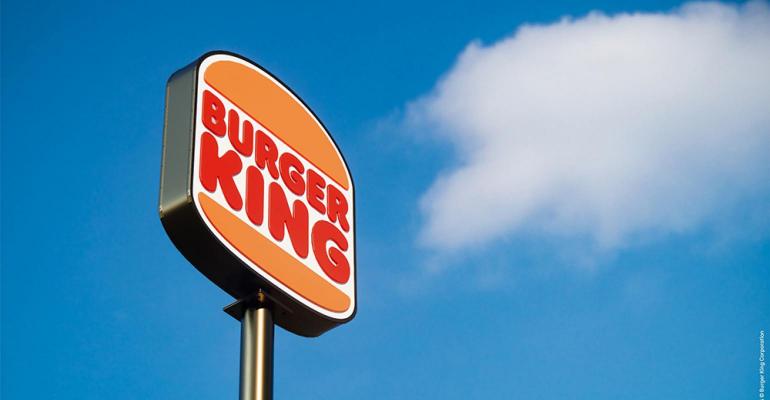 Burger King announced it would be donating 40 cents from every order of its new fried chicken sandwich to the Human Rights Campaign.
News>Quick Service

A tweet from the chain says that those who want to support Pride month can do so by purchasing a Ch’King chicken sandwich from the chain “even on Sundays.” Fellow quick-service giant Chick-fil-A is known for being closed on Sundays.

during #pride month (even on Sundays ) your chicken sandwich craving can do good! we are making a donation* to @HRC for every Ch'King sold

Burger King, owned by Restaurant Brands International, will donate up to $250,000, or proceeds from 625,000 sandwiches, to the Human Rights Campaign as part of the promotion.

The latest announcement from Burger King came on June 3, just a few days after The Daily Beast reported that Chick-fil-A CEO Dan Cathy was one of the biggest donors to the National Christian Charitable Foundation (NCF), one of the main groups lobbying against a new LGBTQ bill in Congress. The Equality Act would make it illegal to discriminate against lesbian, gay, bisexual, and transgender people in most settings. It is reportedly supported by more than 65% of Americans and has already passed in the House of Representatives.

According to The Daily Beast, the NCF is the sixth largest charity in the U.S., and it donates to thousands of organizations, including groups fighting legislation to protect LGBTQ rights like the Heritage Foundation and legal advocacy group Alliance Defending Freedom.

Cathy made headlines in 2012 when he commented on the gay marriage debate by saying, “we’re inviting God’s judgment on our nation when we shake our fist at him and say we know better than you as to what constitutes a marriage,” among other things condemning gay marriage. While President Obama passed same-sex marriage that same year, Chick-fil-A faced boycott threats from the left and support from the right.

As a reaction, the chain stopped donating to several Christian, anti-LGBTQ charities at the time.

In 2019, Chick-fil-A faced intense criticism for its charitable donations made through The Chick-fil-A Foundation for donations to two charities, The Salvation Army and The Fellowship of Christian Athletes, who specifically list anti-LGBTQ language in their mission statements. The donations in question totaled almost $1.8 million for the 2018 year.

By 2019, when Chick-fil-A released its tax documents, the internet was up in arms over the donation, especially in light of the chain’s November announcement that year that it would switch the focus of its charitable donations to “Black-led non-profits or those serving the Black community."

In June 2020, the chicken chain doubled down on that announcement that both charitable donations and its awards program will go to either Black-led non-profits or those serving communities of color. There has been no announcement from the company regarding pro-LGBTQ charities or awards.

Chick-fil-A did not comment other than to say the company itself does not make political or anti-LGBTQ charitable contributions.