/sites/all/themes/penton_subtheme_nrn/images/logos/footer.png
Recent
Recent
Why McDonald's marketing is so powerful
Feb 01, 2023
How Black Bear Diner plans to stick to its roots as it expands
Jan 31, 2023
Local Kitchens continues expansion with five new locations coming to Northern California
Jan 31, 2023
How restaurants are getting ready for the Super Bowl
Jan 31, 2023
New for restaurant labor in 2023? Optimism.
Jan 30, 2023
Featured
The emergence of mocktails
Jan 23, 2023
36 restaurant industry predictions for 2023
Dec 21, 2022
10 restaurant chains making waves in the breakfast space
Dec 14, 2022
How eco-friendly Seattle restaurant chain Just Poke is doubling in size in 2022
Nov 17, 2022
News>Quick Service 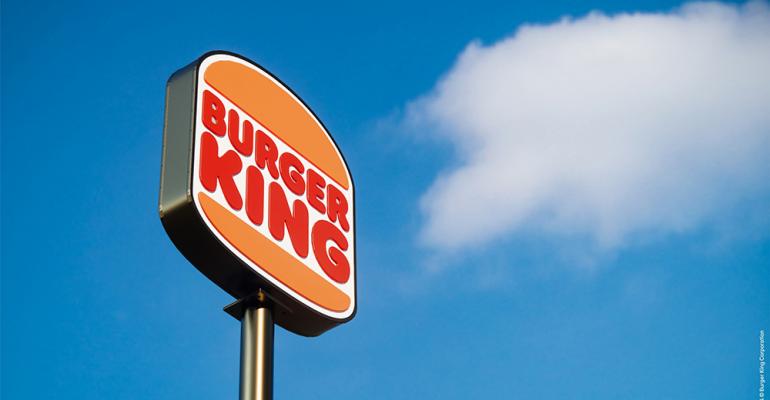 Almost 70 years after its founding, Burger King said Thursday it is reinventing itself in 2021 with the chain’s first rebrand in over 20 years. The overhaul focuses on the “food journey” and includes new worker uniforms, a new logo, store redesigns and new packaging.

The redesign is expected to roll out at all domestic and international stores over the next few years and will take the brand well into the future with this more modern brand identity. This caps off a year of new drive-thru redesigns, prototypes and modernization for the second-largest burger chain.

“Design is one of the most essential tools we have for communicating who we are and what we value, and it plays a vital role in creating desire for our food and maximizing guests’ experience,” said Raphael Abreu, head of design at Burger King’s parent company Restaurant Brands International, in a statement. “We wanted to use design to get people to crave our food; its flame-grilling perfection and above all, its taste.”

Burger King wants customers to know they really can have it their way, with its new branding and focus on cleaner ingredients, plant-based menu items and easy-to-read signage in the increasingly digital age.

In October, Burger King completed the removal of artificial flavors, colors and preservatives from its Whopper nationwide as part of a campaign to remove all additives from its menu items. At the time, the company said more than 85% of its menu was now free from artificial ingredients.

The logo was also redesigned for the first time since 1999.

This pared down design is meant to reflect the clean ingredients and bold flavors of the brand’s most famous menu item – the burger.

New outdoor and indoor signage, branding, menu boards and uniforms will transform the brand visually, though it has been transforming digitally and technologically for some time.

Last month, the burger chain launched integration to allow customers to order and pay through Google.

Burger King unveiled its “Restaurant of Tomorrow” prototype, set to launch in Miami this year, showcasing a “Next Level” kitchen on a separate floor with a conveyer belt, an expanded three-lane drive-thru, cleaner signage and a 100% touchless experience.

Burger King did not respond to Nation’s Restaurant News’ questions about how much the redesign could cost franchisees.

Get an inside look at the rebranding here.