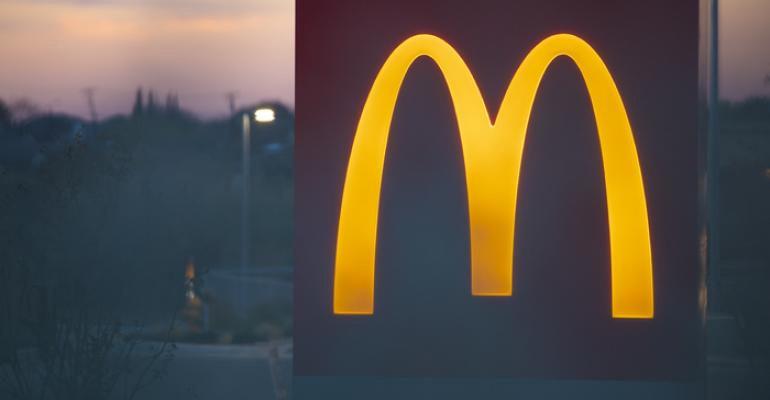 McDonald’s is giving employees working at nearly 700 company stores bonuses equal to 10% of their earned pay in May.

The Chicago-based chain said it was inspired to hand out bonuses after seeing many of its franchisees give out appreciation pay, bonuses and gift cards to their employees. A majority of McDonald’s nearly 14,000 stores are franchise locations.

“McDonald’s restaurant employees have been and will continue to be our primary focus through this crisis,” the company said in a statement released Thurssday. “They are vital to serving our customers and supporting our communities. Throughout this crisis, they’ve been there — managing through waves of uncertainty and never wavering in their commitment.”

The chain said it has also “doubled first quarter incentive bonuses to qualifying [corporate] restaurant managers, which range from $800-$4,000.”

Related: Workers at McDonald’s and other quick-service restaurants strike for protective gear, higher pay and sick leave as they face exposure to coronavirus

McDonald’s Corp. joins companies such as Starbucks, Chipotle Mexican Grill and Amazon who have also given appreciation pay for essential workers serving consumers during the novel coronavirus pandemic.

The bonus pay comes as food service workers and delivery drivers have fought for more protections and hazard pay amid the virus crisis.

In early April, cooks and cashiers walked off the job at McDonald’s and other quick-service restaurants in California. They were demanding personal protection equipment (PPE), hazard pay and paid sick leave.

Many of the protests are organized by Fight for $15, a workers’ rights advocacy organization.

On Thursday, Chipotle workers protested outside a store in New York City demanding better protections during the crisis. The protest was organized by 32BJ SEIU, a union that represents workers in 11 states including New York and New Jersey. Three Chipotle workers filed a federal complaint with the Occupational Health and Safety Administration on Thursday, asking the agency to probe alleged safety violations.

“Many of us are unable to maintain appropriate social distance with customers and coworkers, have been left untrained on how to protect against Coronavirus in the workplace, or have not been informed of potential exposure when coworkers have been quarantined with confirmed or suspected COVID-19 so safety measures can be taken in compliance with New York State Department of Health protocol,” according to the complaint.

Chipotle Mexican Grill said "the health and safety of our employees and guests is our top priority."

"In addition to our existing industry leading protocols, we’re taking heightened measures to provide safety during this time, which include: increased sanitization of high-touch, high-traffic areas; elevated frequency of personal hygiene requirements; social distancing markers; masks for employees; and a tamper evident packaging seal for mobile pick-up and delivery orders. Customers can also leave instructions in our app and online to request contactless deliveries," the company said in a statement sent to NRN after the New York City protest.

In late March, the Newport Beach, Calif.-based fast-casual chain, which has seen digital sales soar during the pandemic, gave employees a 10% pay increase between March 16 and April 12.  This week, the company extended that pay to May 24. In addition, the chain said it gave a $500 one-time manager assistance bonus to its restaurateurs and general managers and $250 bonus to apprentices who worked last month.

As required by the Federal Families First Act, the company also offers paid time off for employees impacted by COVID-19.  That's in additoin to the company’s current policy where employees receive three paid sick days starting on the first day of employment.

"In total, we’ve paid out nearly $9 million in bonuses to our restaurant employees so far this year," the company said.

Updated: This story was edited to include information about a protest at Chipotle, which occurred around 4 p.m. Eastern Time.