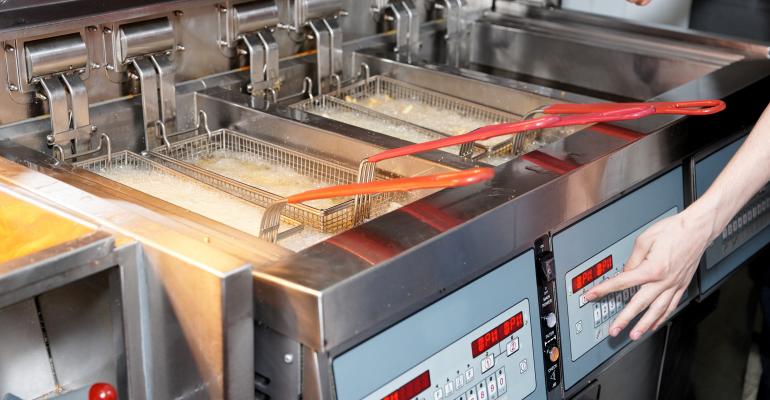 Eight limited-service chains are the target of a 10-state investigation looking into “no poach” clauses in franchisee agreements, which law enforcement officials allege threaten the “economic security” of low-wage workers.

State attorneys general involved in the investigation of so-called “no poach” or “no switching” agreements include those from California, Illinois, Massachusetts, Maryland, Minnesota, New Jersey, New York, Oregon, Pennsylvania and Rhode Island. The District of Columbia is also part of the probe.

“No-poach agreements unfairly limit the freedom of fast-food and other low-wage workers to seek promotions and earn a better living,” said Maura Healey, Massachusetts attorney general, in a statement.

“Our goal through this action is to reduce barriers and empower workers to secure better-paying and higher-skill jobs,” Healey said, especially on jobs within one brand.

Poaching talent, or employee raiding, is a common practice in highly competitive industries where skilled workers are hard to find. To fend off such practices, it’s common for some companies to have employees sign non-compete clauses.

But in this probe, the attorney generals are questioning the fairness of not allowing employees to seek better positions within the same brand.

The investigation was prompted by a recent Princeton University study that analyzed more than 150 franchise agreements. Of the 40 quick-service agreements examined, 80 percent had no poach clauses.

These eight chains were selected because they are “believed to have no poach agreements,” said Jane Lewis, an official with the attorney general for the District of Columbia.

Each of the eight brands was contacted for comment by Nation’s Restaurant News. Wendy’s and Dunkin’ Donuts denied the practice of no-poaching policies among its operators. A majority of the brands had not responded by press time.

“Wendy's does not impose any restrictions that prohibit franchisees from hiring or soliciting employees from other franchisees. We do not have an ‘anti-poaching’ provision in our franchise agreement,” the company told NRN in a statement.

Dunkin’ Donuts said its franchise agreements do not add provisions that prohibit franchisees from hiring workers from other franchisees.

“As a franchisor, we are not in a position to intercede in franchisees' employment matters,” the company said in a statement. “In addition, franchised employees are free to accept employment with an employer of their choosing based on whatever considerations they deem most important such as pay, benefits, scheduling, the work environment and other considerations.”

In the letter sent to the limited-service chains, the attorneys generals asked the companies a list of questions tied to their franchisee agreements. They want to know how long they’ve included non-compete clauses in franchise agreements, what categories of employees are covered in the contract and if employees are notified of their inability to move to a new position within the company.

The investigation also asked for documentation in the form of emails and text messages that show a discussion of no poaching agreements.

The companies have until Aug. 6 to respond.

Illinois, which is part of this 10-state probe, has challenged anti-poaching rules before.  In late 2016, Jimmy John’s Enterprises agreed to pay $100,000 and remove non-compete clauses from its new-hire agreements.

McDonald’s is also facing a separate suit tied to no-poaching.

While the case is still ongoing, a McDonald’s spokeswoman said Tuesday that McDonald’s has “communicated to its franchisees that it would not enforce the no-solicitation and no-hiring provision that is now involved in the lawsuit.”

She went on to say that the provision would not be included in future franchise agreements.