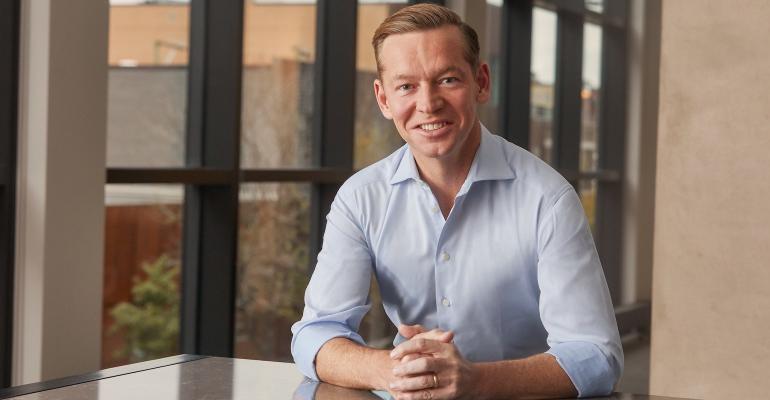 Guests are inately social and will be returning to eat in dining rooms as the COVID-19 pandemic eases, says Chris Kempczinski, CEO of McDonald’s Corp.

“I think dine-in is always going to be here,” said the leader of the Chicago-based quick-service burger chain, which saw drive-thru sales skyrocket during pandemic restrictions. Kempczinski participated in a videotaped question-and-answer segment Wednesday during the CNBC Evolve Global Summit.

However, McDonald’s, with more than 38,000 restaurants worldwide, is not seeing all regions readjust as quickly as others, he said.

“It varies also around the world,” Kempczinski said. ”In Europe, our dine-in business is the majority of the business. Here in the U.S., dine-in is about 25% of the business.”

Given that, Kempczinski said he expected dine-in to return to the dominate European business, but the U.S. customers may be slower to return.

“In the U.S.,” he said, “we may see dine-in take longer to recover.” McDonald’s over the past several years has emphasized digital, drive-thru and delivery.

“Those are going to be elevated for a sustained period of time, not just in the U.S. but around the world,” he said, but “we're certainly expecting that dine-in is also going to be an important part of the McDonald's experience.”

- Simplified Menus: “The pandemic offered us a number of opportunities,” Kempczinski said. “One was to simplify our menus. We had to do simplicity in our in our menus — both out of necessity, because we just didn't have as many people able to work in the kitchen, but I also think there was an opportunity there where we saw the power of our core menu.” Pandemic customers desired comfort over experimentation, he said.

- Wages. McDonald’s in May said it was increasing pay an average of 10% for more than 36,500 workers at its corporate-owned U.S. stores. It said it would be raising the entry-level range for crew to at least $11 to $17 an hour, and the starting range for shift managers to at least $15 to $20 an hour, based on restaurant location. “We respond to where the market is moving,” Kempczinski said. “Wages are going up because the economy is strong.”

- Speaking Out on Social Issues: How corporates respond publicly to social issues has evolved over the past two or three decades, Kempczinski said. One reason is because of declining respect for governmental institutions, he said, and corporations are being asked to stand in where in the past other institutions played a bigger role.

Corporations are seeing pressure, he said, from both employees and customers.

“They're making decisions about where to work [and] who to be patronizing based on ‘does that corporation reflect the values that are important to me?” he noted. “So I think both of those in combination have required corporations to become a little bit more clear about what they stand for I think if you're a consumer company even more so. If you are a global consumer company even more so.”

Kempczinski said McDonald’s executives will speak out when they think an issue directly impacts the business. Recent issues included Black Lives Matter, climate change and the U.S. Capitol violence on Jan. 6, he said.

“Ultimately,” he said, “we are a non-political organization. We don't pick sides. We just have to stay true to who we are and that'll work itself out from a from a political standpoint through the democratic process.”

- Franchisee Relations: “The biggest thing is to recognize in the U.S. we have 2,000 franchisees [and] globally we have 4,000 franchisees,” Kempczinski said. “Our franchisees reflect the society that we live in.”

Kempczinski said McDonald’s was founded on the idea that a diverse set of franchisees reflected the communities in which they did business. The business dynamic reflects the various viewpoints of those communities and leads to discussions that yield solutions, he said.