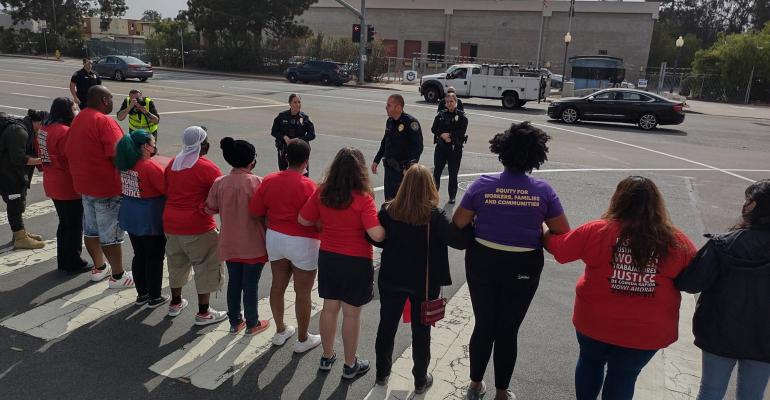 An advocacy group called Protect Neighborhood Restaurants filed a proposed referendum with the California Attorney General to require the legislation to be voted on by Californians before it goes into effect.
News>Quick Service

Plus, the latest in the Starbucks union legal saga, and other restaurant industry news stories you may have missed this week

Need to catch up on the news? Here are five news tidbits that happened in the restaurant industry this week that you should know, from the latest in Starbucks drama to restaurants fighting back against the controversial California law that could raise the minimum wage to $22 per hour.

Related: What we can expect from the new Starbucks CEO

A few weeks after a federal judge ordered Starbucks to grant injunctive relief and reinstate seven fired baristas in Memphis, the United States Court of Appeals has denied Starbucks’ motion to stay the court’s decision.

The baristas were allegedly fired in February for violating company safety and security policies, but the judge found that the workers were wrongfully terminated in retaliation for their union activities. The appeals court said in a ruling that Starbucks’ appeal “did not show a likelihood of success” in challenging the court’s ruling.

“We have proven once again that it is a protected right for workers to express how they feel about their workplace and how they can be better for us,” Nabretta Hardin, one of the terminated workers, nicknamed the Memphis Seven, said in a statement released by SBWorkers United. “We all can't wait to go back to work and show Starbucks that we have a right to be there and we will continue to fight for our rights.”

Starbucks now must rehire all seven workers, though the company is unhappy with the decision:

“We are concerned that this ruling sends mixed messages to our partners about appropriate behavior in the workplace and sets a worrisome precedent for employers everywhere who need to be able to make personnel decisions based on their established policies and protocols,” Starbucks said in a statement sent to media.

Following a tumultuous tenure as interim Starbucks CEO following Kevin Johnson’s exit in April, Howard Schultz said that he does not want to return for a fourth stint as CEO of the company when incoming CEO Laxman Narasimhan takes the reins in the spring.

“I’m never coming back again, because we found the right person,” Schultz told CNBC in an interview on Wednesday.

Analysts doubt that this will be Schultz’s swan song, given his history in coming back to helm the coffee chain. This is Schultz’s third stint as CEO, after his first served as CEO of the budding company for 14 years from 1986-2000, then came back in 2008 to lead the company through difficult terms during the recession and stayed for nine years. This time around, Schultz’s stay was much more abbreviated as he will serve as CEO for just about one year.

After California Gov. Gavin Newsom signed the FAST Recovery Act legislation — which would create a fast-food council to protect the rights and working conditions of fast-food workers – into law this week, restaurants are already gearing up to protest the controversial bill.

An advocacy group called Protect Neighborhood Restaurants filed a proposed referendum with the California Attorney General to require the legislation to be voted on by Californians before it goes into effect. If the referendum is approved, the coalition can begin collecting signatures to force the bill to challenge the bill in a statewide vote, according to the Associated Press.

“We will have no choice to close restaurants and lay off employees that we have had for 30 years,” California Burger King franchisee Sanna Shere told the National Restaurant Association. “[…]  By signing this bill, Governor Newsom has chosen to effectively dismantle California’s franchising business, which has afforded so many women and minority entrepreneurs a higher rate of business ownership across the state.”

Lettuce Entertain You restaurant group is facing a lawsuit from a disgruntled diner who noticed a 3% surcharge on his bill after dining at a Do-Rite Chicken and Donuts location in Chicago, according to NBC Chicago. The plaintiffs of the case, who are complaining about these fees not being disclosed to customers beforehand which deceptively makes menu prices seem lower, is looking to make this case a class-action lawsuit.

Lettuce is not the only company in the restaurant industry to receive scrutiny for supposedly hidden charges: both Grubhub and DoorDash faced class action lawsuits earlier this year for misleading customers with hidden fees.

Lettuce Entertain You declined to comment on the lawsuit.

The 25 finalists will receive $1,000 in seed funding and will be flown out to Taco Bell headquarters for a five-day summit to sharpen their business acumen skills. The five winners will receive $25,000 toward their business. Finalists include apps for adolescent mental health, robot teams for disaster zones, an app that can detect Parkinson’s disease, bee habitat restoration efforts and an organization dedicated to increasing student access to STEAM careers.