15 limited-edition Starbucks holiday drinks from around the world 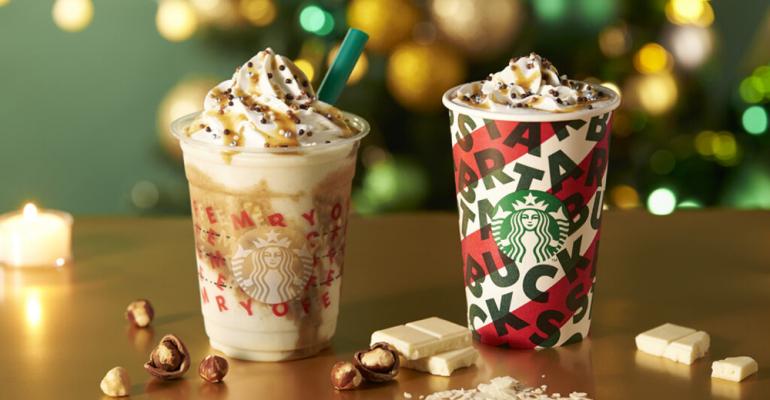 As Starbucks has become ubiquitous for coffee around the world, the Seattle-based coffee brand is particularly well-known for the chain’s holiday drink offerings. But what holiday-themed drinks do they produce internationally?

In Mexico, their limited-edition holiday tea drink is based on a traditional Christmas punch served at family gatherings topped with pieces of floating fruit. In Japan, a holiday drink is inspired by Japanese Christmas stockings  known as “Santa boots,” which are traditionally filled with treats like cookies, candy and potato chips. These ingredients are all present in Starbucks Japan’s Santa Boots Chocolate Frappuccino.

Starbucks in Europe has introduced a new drink for 2019 called the Toasted Marshmallow Hot Chocolate, while the in U.S., the drink offerings have remained tried and true with their classic Peppermint Mocha, Eggnog and White Chocolate Mocha flavors.

Take a trip around the world with these 15 international drinks.