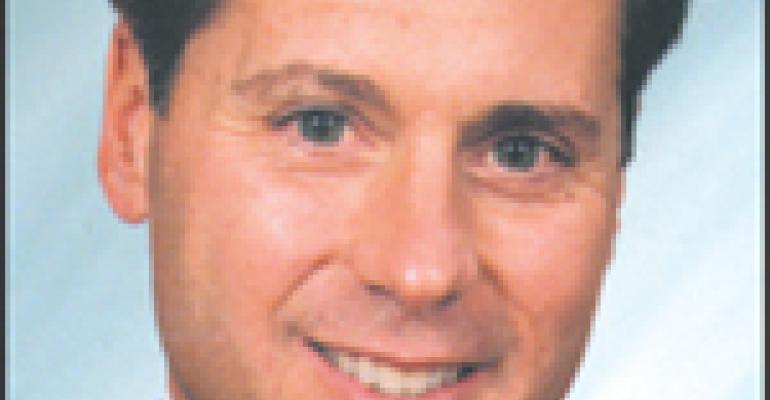 Biofuel development will continue to drive a wide range of commodity costs in 2007. Corn used for ethanol output has increased to 2.2 billion bushels per year in 2006—20 percent of our current corn crop—and will grow to near 3 billion bushels in 2007. High corn syrup and fructose costs will affect beverage producers. Increased feed costs will cut profits for poultry, egg, livestock and dairy producers. That will lead to lower production levels and eventually mean higher prices for a wide range of commodities.

Unfortunately, ethanol isn’t the only biofuel driving commodity prices. Soybeans used for biodiesel production could grow to 900 million bushels by 2008, or about 30 percent of U.S. production. Compounding the soy situation are projections that expanding corn output will come at the expense of soybean acreage. As a result, soy oil prices likely will remain high for the foreseeable future. That means foodservice operators can add soy oil, salad dressings, mayo and shortening for baked goods to the list of high-priced items.

Will the United States be stuck in this feed-or-fuel tug-of-war forever? Fortunately, ethanol’s popularity and profits have helped increase research into alternatives. Xethanol Corp. is building a plant in Georgia capable of producing 50 million gallons per year of cellulosic ethanol from forest products. Broin Cos. said it would begin construction in February on a project to convert its Iowa ethanol plant into a biorefinery that will produce 125 million gallons per year from corn fiber and stover. Mascoma Corp. recently announced it had received an award from the state of New York to build a biomass-toethanol demonstration plant. The project will demonstrate cellulose-to-ethanol technology and industrial processes using paper sludge, wood chips and switchgrass.

While American ingenuity may be on the march, it will take years of development to create a U.S. alternate-fuel capacity that can both compete with crude oil and lessen dependence on “food source” inputs. Even under the most optimistic circumstances, biomass-based ethanol won’t be commercially available in significant quantities until at least 2010. Until then, U.S. food producers will be under severe cost hardships—and those increased costs will be passed on to customers. Foodservice operators need to brace for an extended period of higher food costs.

Beef—The U.S. Department of Agriculture cattle report in December revealed a third straight month of declining year-over-year feedlot placements in November—down 8 percent—and points to lower available beef supplies for the April to July grilling season, which includes the heavy-demand holidays of Memorial Day, Father’s Day and July Fourth. Total feedlot inventories are just 2 percent above a year ago. Meanwhile, two big storms in December dumped 2 feet to 3 feet of snow on the prime cattle producing areas. Problems stretch from the Texas panhandle through Nebraska. The storms have negatively affected an estimated 70 percent of U.S. feedlot operations, cutting into production schedules and sending boxed beef prices higher at a time of year when we normally get post-holiday price weakness. Winter beef prices will be dependent on the extent of the losses and output delays.

Dairy—Rising feed prices are squeezing producer margins. As a result, the USDA is forecasting a modest 0.6-percent increase in milk output for 2007. Continued strong demand for dairy products, both international and domestic, will combine with marginally higher 2007 production to boost prices throughout the dairy complex. Average block cheese prices were $1.24 in 2006 and are expected to average $1.35 for 2007. Butter prices averaged $1.24 in 2006 and are forecast to average $1.31 this year.

Grain—Recent winter storms over the central plains have boosted moisture levels in drought-stricken areas and have also provided a protective blanket over the winter wheat crop. In addition, the USDA’s December crop report estimated U.S. 2006-07 wheat-ending stocks up 5 percent, at 438 million bushels. World-ending stocks also are up marginally. As a result, Chicago wheat futures have dropped from above $5 to the $4.70s in late January, but that’s still up from lows of $3.77 in mid-September.

The USDA’s December estimate for U.S. 2006-07 corn-ending stocks was unchanged. Global corn-ending stocks were revised 3 percent higher. President Bush’s State of the Union address, in which he spoke about increasing ethanol usage, helped to push corn futures above $4 in late January. That’s up from lows of $2.22 as recently as last September. The current USDA farm-price forecast of $3.10 per bushel for 2006-07 is up 48 percent, from $2.09 in 2005-06.

Oil—After declining to below 24 cents with the drop in energy prices last October, soy oil futures recovered to the upper-20-cent range in December and January. Soy oil will be the driving force in the soy complex for 2007 because of the global emergence of biodiesel as an alternate fuel. Currently, 87 U.S. biodiesel plants are operating, and another 65 are under construction, according to the National Biodiesel Board. Twenty-nine of the plants under construction will be operational at some point in 2007. Increased biodiesel production will likely support soy-oil futures in the upper-20-cent and even low-30-cent range at times in 2007.

Pork—December’s USDA Hogs and Pigs Report showed hog herds, breeding inventory and the fall pig crop at roughly 1 percent above the year-ago level. The USDA is projecting pork output to rise 3.7 percent in 2007. Some of that additional production will end up overseas with favorable exchange rates keeping U.S. pork competitive globally. Even so, hog prices that averaged $47.35 per cwt in 2006 are forecast to drop to $41.50 in 2007. Following higher-than-expected prices in December, ham markets hit seasonal lows in early January. Look for ham prices to edge higher through Easter. Pork bellies have been stable in the low-80-cent range, but will gradually move higher through spring and summer.

Poultry—The chicken situation continues to look worrisome for 2007. According to the USDA, the combination of low broiler product prices and sharply rising feed costs will result in a slight decline in broiler production during the first half of 2007. Meanwhile, broiler export projections for 2007 are 3 percent above 2006. As a result, boneless skinless breast prices look to be sharply higher by spring. USDA whole-wing markets jumped to $1.13 in early January and could top out in the mid-$1.20s, pre-Super Bowl.

Turkey meat production over the first 10 months of 2006 was up 3.7 percent from a year earlier, and output growth is expected to jump another 1.6 percent in 2007. But the combination of a strong export market and higher domestic demand has cut into available turkey supplies. Turkey prices hit record highs last Thanksgiving. The USDA is projecting whole birds to average 75 cents in 2007, down from more than 78 cents in 2006.