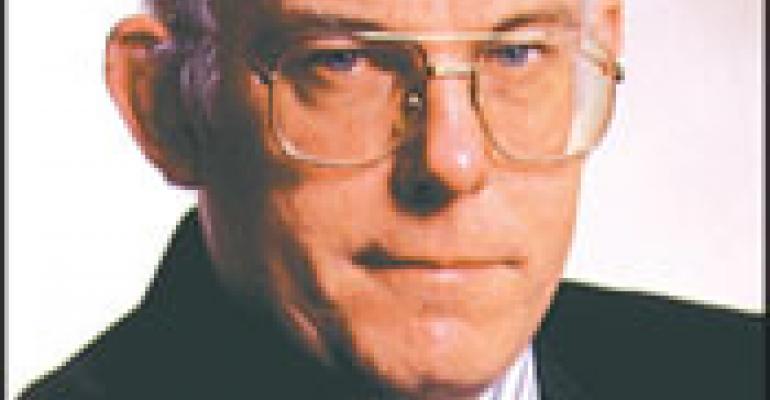 During a recent seminar attended by principals of the major foodservice consulting firms, a concern voiced repeatedly by all was the increase in seemingly arbitrary and overly challenging codes and regulations to build and equip foodservice facilities.

The content and enforcement of building and health codes vary widely across the country. With increasing frequency, local regulations, interpretation and enforcement often exceed industry norms and expectations. These rules affect everyone involved in a foodservice project from the designer and equipment supplier to the owner and operator.

The most stringently enforced codes affecting foodservice establishments involve building integrity, fire safety and public health. Building codes establish a wide range of standards for life safety, energy use, indoor-air quality, structural integrity and accessibility for people with disabilities. In some areas, seismic regulations have a major impact on how equipment is mounted or supported.

Regulations related to health safety and sanitation are established and monitored by local or regional health departments. Local codes are usually adapted from state regulations, but local health departments may have much more stringent requirements. There are health departments known throughout the foodservice industry for critical evaluations and review processes that can exceed commonly accepted national standards. With the adoption of Hazard Analysis and Critical Control Point protocols, some health departments have added production flow and kitchen layout to their review and approval process. Health and sanitation codes can deviate in the same state or region. One area may allow substituting a dishwasher for a pot sink in a secondary outlet, while another jurisdiction two miles away requires a four-compartment sink in every outlet. Still another nearby town might allow a two-compartment pot sink connected to a mechanical dishwasher.

Even the universally accepted standard of providing indirect drains on food preparation sinks can be reversed. There are cities, like Chicago, that still allow or even require food prep sinks to be directly connected to drain lines.

Regulations and enforcement of standards for people with disabilities have moved far beyond reasonable accommodation for patrons. Enforcement of the Americans with Disabilities Act, or ADA, now includes issues like readability of signage by the visually impaired and the height of overhead obstructions. ADA not only covers the front-of-the-house areas, but also dictates the setup and dimensions of such back-of-the-house equipment as grease hoods and walk-in coolers.

California’s Orange County has some of the most challenging codes in the United States. Similarly, changes to the codes in Atlantic City, N.J., Las Vegas, and Bloomington, Minn., have made those cities brutal places in which to build foodservice operations.

Code requirements often defy logic and are difficult to anticipate. In one county in Florida, the building code requires that gas convection ovens have a separate gas flue that runs from the oven to the outside of the building. Meanwhile, the health department requires that all cooking equipment be under a hood. Some areas will allow electric griddles to be installed without a ventilator, yet others require a hood over a toaster or panini grill.

It is a nightmare for designers and owners when two different codes provide conflicting or opposite direction. Other times, an inspector’s interpretation of the code is so strict that compliance may be impossible within the space or given the equipment available. For example, absolute adherence to the latest National Sanitation Foundation guidelines for sneeze guards on self-service food bars can make it almost impossible for people with physical disabilities and many tall patrons to reach their selections.

Onerous and extreme codes related to foodservice operations aren’t going away. They will only become a bigger challenge. Operators building or remodeling foodservice facilities must retain qualified professionals to research and understand the latest codes that will affect those facilities. Failure to do so can lead to failed inspections, delayed openings and even the rebuilding of spaces that already have been completed.