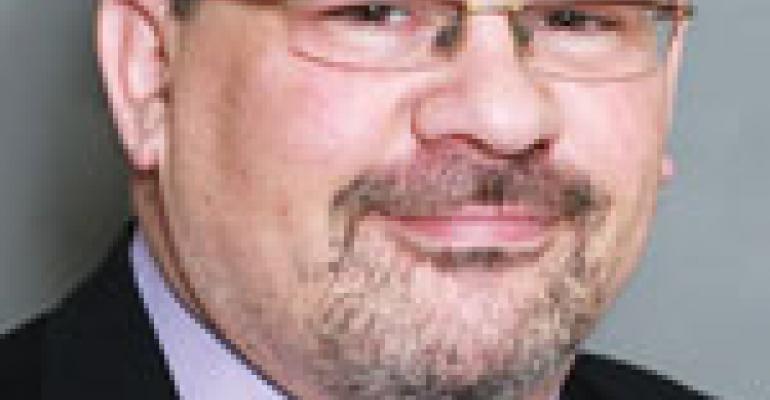 Trying to spot food trends at the NRA show

We Nation’s Restaurant News editors are tasked with a number of different responsibilities at the NRA show. We have to attend seminars, play nice at social functions, touch base with our friends and sources, and walk the show floor to see what big-picture trends we can infer from what’s on display at the hundreds of booths at the show.

Being senior food editor, I was tasked with spotting food trends.

I did that in part by sampling the wares at the various food and beverage booths. I realized that possibly the best soft drinks on Earth are to be had at the expertly calibrated fountains of the soda manufacturers, but I also asked the people manning the booths what their visitors were asking about.

About half the time they would tell me, and I’d jot down their insights for later reportage. (You’ll be able to read about what I found out in the June 13 print issue of Nation's Restaurant News.)

But about half the time they went into a marketing spiel about how awesome their products were. So there’s a trend: Marketers say they have awesome products. I could put that in my story, but I would justifiably be fired for stupidity.

Most of the time those people who wouldn’t answer my question would tell me their products were all-natural, which by USDA and FDA regulations doesn’t mean much. They would look hurt or offended when I rolled my eyes. It’s true that “clean labels” — ingredient lists that don’t contain any words that would frighten or confuse the average consumer — are definitely a food trend, but it’s not a new trend, and they didn’t answer my question.

And if all you have to say about your product is that it’s all-natural, it’s either a boring product or you’re a bad salesperson.

They might also say they don’t use chemicals, which is patently false since everything’s a chemical and I can’t think of any food that doesn’t contain dihydrogen oxide, better known as water. Also, that wasn’t what I asked.

Sometimes they’d redirect me, telling me to visit their website to learn of everything they had on offer, which of course was not my question. I didn’t want to know what they had, but what people wanted.

And sometimes they’d tell me what they saw as big food trends, which I would welcome, except that what they pointed to invariably required massive consumption of whatever they were selling, and I can tell you right now that your brand of extruded chicken fingers is not the biggest trend out there, no matter what you say.

I guess I understand the desire of manufacturers’ representatives to convince me that they have the best thing out there, even though I don’t rate products. I don’t even report on individual products — menu items, yes, but not SKUs. I’m a big-picture guy.

But no matter how many times you fail to answer my question, I’m not going to write about you.